Wow and woof, what an exhilarating, inspiring, and thrilling ride the past ten years has been for Animal Fair Media. When Animal Fair launched in 1999, 11 million animals were killed in shelters annually. As of this year, the number has decreased to five million. After adopting my Russian Blue, Pasha, and my Maltese, Lucky […]

“‘Parvo in a young puppy is like 50-80% fatal,’ explains Fred Sanderson, City of Irving Animal Services Manager. ‘So I don’t want to have any potential adopters bonding with an animal, taking it home and having that experience.’” Preventing Puppies From Parvo Jennifer Dinney Every day, dogs are “rescued” off the street and whisked away […] 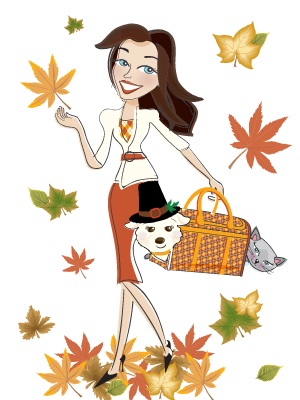 Lucky and I want to wish everyone a somewhat belated but still very Happy Thanksgiving! I hope everyone had a spectacular, peaceful, and relaxing time off. Lucky hopes that all the dogs out there got more scraps than they could ever dream of (Dog knows Lucky certainly did!) Lucky is a wise Maltese and is […]

1. Iggy is Animal Fair’s first-ever solo cover. For years it has always been a pet and their owner, and for this reason alone, he stands on top as our number one Animal Headliner of 2007. Iggy has spent months gracing television and newspapers over a simple misunderstanding by the lovable Ellen DeGeneres. DeGeneres and her […]