Introducing Hickory, the 135th Best in Show winner at the Westminster Kennel Club Dog Show and arguably the most famous Scottish Deerhound in the world. Hickory has won over the hearts of Americans after beating out 2,500 other eager canine contestants. Foxcliffe Hickory Wind (better known as Hickory) is five years old – which, in […] 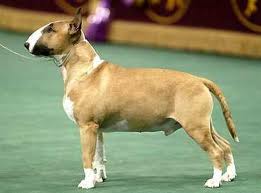 Meet Rufus, the Colored Bull Terrier who took Best In Show at the Westminster Kennel Club Dog Show earlier this year. He’s got style and a sense of humor, not to mention the honor of being the only dog of his breed to take home a Best In Show ribbon from America’s most prestigious dog […]