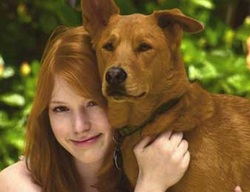 Evers since she was discovered by Twin Peaks director David Lynch in 1984, Alicia Witt has been building an enviable career for herself in Hollywood. The 25 year-old actress has played the precocious teen-age daughter of television’s Cybill, a singing prodigy opposite Richard Dreyfus in Mr. Holland’s Opus, a porn-star in search of Hollywood fame […]