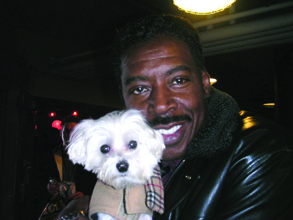 Ernie Hudson recently completed work on Lackawanna Blues and Randy Miller’s new feature Marilyn Hotchkiss Ballroom Dancing and Charm School. Both films premiered at Sundance 2005. He delighted audiences as one of the Ghostbusters, starred in The Hand that Rocks the Cradle and appeared in the critically acclaimed HBO series Oz, which ran for […]