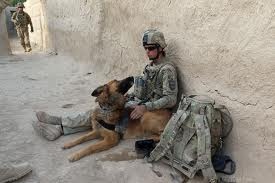 The history of war dogs goes back centuries and canines were fighters in war alongside the great ancient Roman, Greek, and Egyptian armies. Romans had attack formations with dogs wearing coats of armor with spiked collars. The fighter dogs were offered as gifts by European royalty to each other for breeding. The United States […]