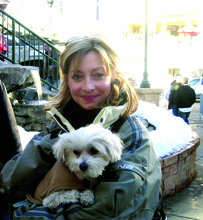 Sharon Lawrence is a theatre, film and TV actress who became famous for her portrayal of “Sylvia Costas” on NYPD Blue. She is currently filming the feature I?, with Nearing Grace and The Alibi in the bucket. Sharon has appeared on stage in Under The Blue Sky, The Guys and I’m Getting My Act […]