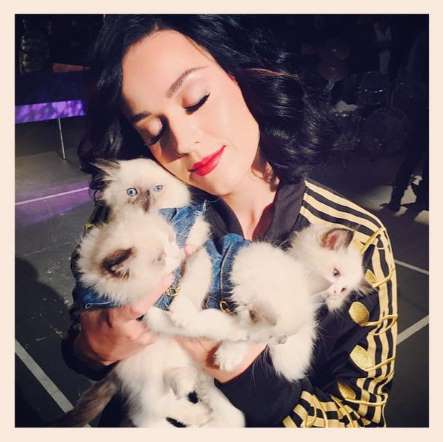 Cat lady Katy Perry and Dark Horse hitmaker is the star performer during the Super Bowl Halftime Show. The Super Bowl featuring the New England Patriots vs. Seattle Seahawks starts this afternoon at 6:30 P/E on NBC.   Perry sang about her upcoming Super Bowl “spiritual” music and performance. “I just have heard […]

Rue McClanahan, most famously known for her portrayal of feisty Southern belle Blanche Devereaux in Golden Girls, tragically passed away early Thursday morning of a stroke.  A revered actress, Rue was also a passionate lover of animals.  She had been offering refuge to sheltered animals in her own home for longer than the popular run […]

2/21/2011 Puppy Love at Yappy Hour® makes big news in the event world on BizBash! 2/20/2011 Wendy and Lucky were on FOX and Friends to debate the proposed Texas Law mandating insurance for dogs! If you missed it, check out FOX’s article on what is happening with the proposal. 2/18/2011 Wendy in US Weekly! Check […]