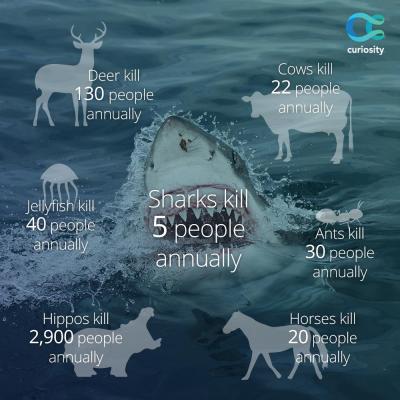 Every year, people around the globe settle in on the couch with a big bowl of popcorn and buckle up for their favorite week of television: SHARK WEEK. While many of the specials are shown with the intention of making humans less fearful of a shark attack, others only make us want to avoid the water more. So here’s the question we’re all wondering during beach season: how likely is it that we’ll actually experience a shark attack?

Here are some interesting rankings of things that kill humans annual – let’s see where sharks fall! 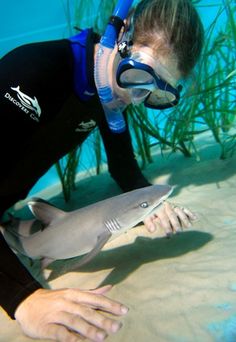 So what does that mean exactly? You are more likely to be killed shopping, or texting, or playing football, or by a vending machine, than you are to be killed by a shark. However, sharks are VERY LIKELY to be killed by humans. Did you know that about 200 million sharks a year. That’s ALOT of sharks. And despite the fact that they may scare us, they have a right to live as much as the next animal. Over 1/3 of all shark species are currently facing extinction, which means it’s time to step in, and we need your help! Check out www.sharkangels.org and www.sharkwater.com to learn more about them, and spread awareness with your friends! Then, visit www.oceana.org and www.wildaid.com to take action and help save the sharks!