As most of you already know, Animal Fair Media’s Wendy Diamond is a pioneer in the pet space! She coined the term “pet-lifestyle” with the 1999 launch of Animal Fair , the first media company to  focus on the support of fairness to animals. That wasn’t all the media company did, however! It also bridged the gap between celebrity, pop culture and animal rescue. We featured celebrities promoting animal advocacy, pet parenting, health tips, training methods and animal welfare. Renée Zellweger appeared on the cover of the premiere issue  of the magazine in 1999, and since then celebrities including Beyoncé Knowles, Halle Berry, Regis Philbin,Charlize Theron, Pamela Anderson, Ashley Tisdale, Shania Twain, Jessica Alba, Jessica Biel, Serena Williams, Kim Cattrall, Matt Leinart, Hilary Duff, Eric McCormack, Kristen Bell, Bo Derek, Diane Lane, Alicia Silverstone, Hayden Panettiere and LeAnn Rimes have all appeared on the cover with their pets. The New Yorker called Animal Fair “the first to cross-breed two American passions: celebrity and pets.”

Wendy continued to revolutionize the pet industry by bringing pets into the spotlight with her pop culture benefits to promote animal adoption, advocacy and fundraising. Some of our favorites include the Yappy Hour® cocktail parties, the premiere pet celebrity fashion show called Paws For Style®, Howloween, and St Pawtricks Day; all of which put the proceeds towards animal rescue! 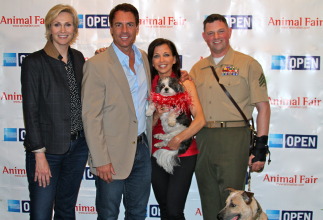 Since the start of Animal Fair Media, the number of animals euthanized annually has dropped by 58 percent, from 12 million to 4 million — but Wendy isn’t done just yet! As a pioneer in the industry, Wendy is looked to as a leader in the animal fairness community; charities around the world emulate Animal Fair’s pet-lifestyle approach in their fundraising for their local community animal organizations – and Wendy is happy to lead the troops!

Through her philanthropy, business and humanitarian endeavors Diamond realized there was a definite need for women to support other women globally! It wasn’t long before she found Women’s Entrepreneurship Day (WED), which was first launched on November 19th, 2014. The now annual event is held at the United Nations and is the world’s largest celebration of women innovators and job creators launching startups that bring ideas to life, drive economic growth and expand human welfare.  The movement is celebrated in 144 countries and over 100 colleges and universities around the world! 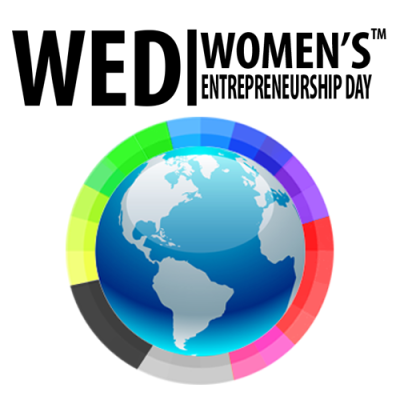 With so much excitement revolving around this event, we are also proud to announce that New York’s Governor Cuomo and New York City’s Mayor Bill de Blasio officially proclaimed November 19th as Women’s Entrepreneurship Day. We have a student ambassador global initiative in full swing with top colleges engaged including Stanford, Duke, University of Pennsylvania, Harvard, Babson and University of Oxford, and a global team of Ambassadors from Rwanda to Myanmar primed to activate their communities with the WED movement. Our mission is to engage women and men globally to pledge their support with a women owned business through our pledge to support a business woman in their community with Talent, Time, or Treasure.  We have also launched the first Wednesday after Thanksgiving annually as the #WomenWOW social media campaign to encourage everyone to support women owned businesses and causes that will inspire millions just like Cyber Monday and Small Business Saturday.

Now, you’re probably wondering what this has to do with you or why you should care, for that matter. The reason is simple. Women’s Entrepreneurship Day is banding women/girls and some great men/boys together to change the world. Yes, it’s featuring a large array of global female entrepreneurs and leaders, and featuring panels that will discuss topics in the fields of Education, Science/Exploration, Health, Environment, Finance, Fashion/Beauty, Technology, Sports, Entertainment, Children, and of course, Animals. But that’s not the most important part. All of these leaders and founders are coming together to expand business communities with social good initiatives; AKA the real reason this event is important is because all of these people are trying to help make the world a better place in any way they can. And that’s why you should get involved – because you’re trying to do the exact same thing!

Your support will help bring awareness to the 250 million girls living in poverty that we will inspire and empower through Women’s Entrepreneurship Day!  We hope you will join us in empowering women and girls worldwide at the WED event being celebrated on November 18, 2016 at the United Nations! We have a limited amount of tickets due to the high security of this event during the General Assembly.  For more information on how to be involved https://womenseday.org or to reserve a ticket https://womensentrepreneurshipday.splashthat.com/  !

We welcome everyone (yes including men/boys) to join the WED pledge movement – click here to learn more about Women’s Entrepreneurship Day (WED) 2016!