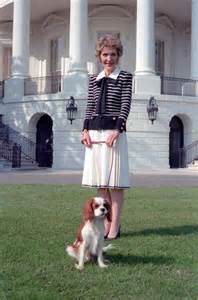 Former first lady and an avid animal person Nancy Reagan passed away today March 6th,2016  of congestive heart failure at the age of 94-years-old. She will be buried with her husband, former President Ronald Reagan, at his presidential library in Simi Valley, Calif. 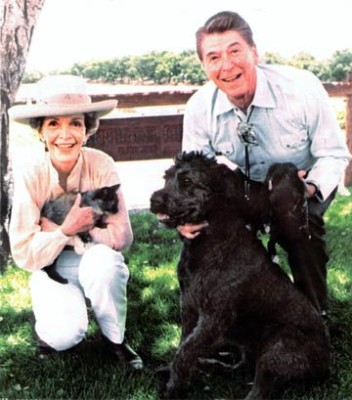 Nancy Reagan caught the acting bug from her mother, and pursued her profession leading her to make 11 films, with her last movie made in 1956: Hellcats of the Navy. This is where she met co-star and future husband Ronald Reagan!
Ronald and Nancy Reagan were definitely “animal people” and had several dogs during the presidency (spanning from 1981-89). The first dog was named Lucky, a tiny ball of fluff Bouvier des Flandres that grew to “be the size of a pony,” said Nancy. They sent him to live at the Reagan ranch with horses and other furry presidential pups including; Victory – a golden retriever, and Scotch and Soda – two black Scottish terriers. 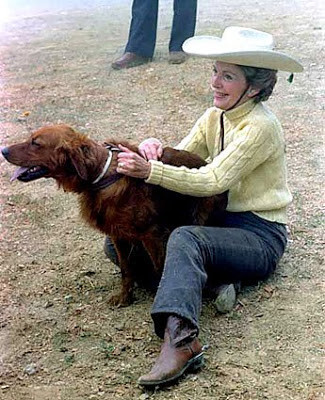 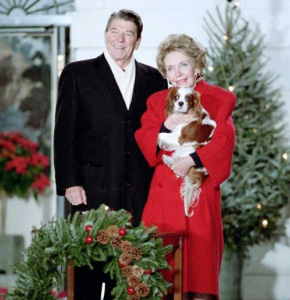 As first lady of the United States, Nancy created a slogan on drug abuse titled the “Just Say No” program. She said, “To my young friends out there: Life can be great, but not when you can’t see it. So, open your eyes to life: to see it in the vivid colors that God gave us as a precious gift to His children, to enjoy life to the fullest, and to make it count. Say yes to your life.” Maybe it’s time to revisit this slogan with the rise of drug abuse in this country! 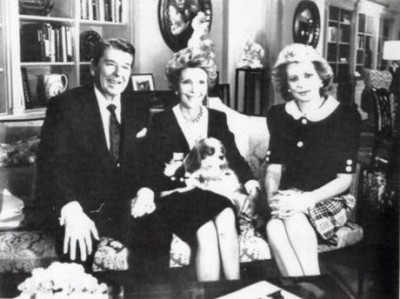 Nancy Reagan was a true animal person, and Rex must have brought her much comfort over the presidential years, she commented, “It is true that when you’re in the White House alone, it is a lonely place. Big and lonely.”

RIP Nancy Reagan, and thank you for your class, style and compassion, will be missed….