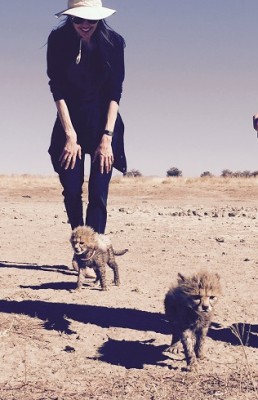 The apple doesn’t fall far from the humanitarian and animal rescue tree, when it comes to Hollywood power couple Angelina Jolie and Brad Pitt’s children. This summer the older three Jolie-Pitters, Maddox, Pax, and Shiloh embraced their familial right to passage, with Pax and Shiloh traveling the globe with Angelina Jolie in support of her causes and awareness campaigns!

Jolie said, “They all asked to come on these trips so they must have known they were ready.” 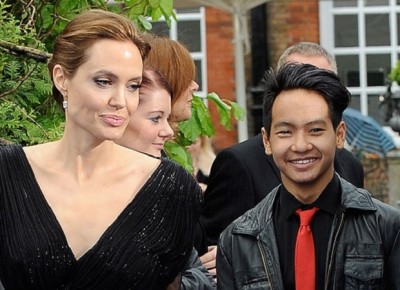 Maddox turned 14-years-old and he received quite the gift. Jolie let the world know that he will be taking over the Maddox Jolie-Pitt Foundation (MJP) soon. The foundation named in his honor was established over 12 years ago, to uplift families that are struggling with poverty, empower women, and preserve natural habitats and wildlife globally.

Click here for more on the Maddox Jolie-Pitt Foundation and how you can save an endangered animal!

Maddox will also be the researcher in Cambodia (country where he was born) for his mother’s upcoming Netflix film, First They Killed My Father: A Daughter of Cambodia Remembers. The story tells the horrific story of Cambodia’s Khemer Rouge communist regime, a young woman’s struggle, and the 1.7 million civilians that lost their lives 1970’s.

“Maddox is already involved in the foundation and will take over my role when he is older. As Maddox and I prepare the film we will be side by side learning about his country. He is turning 14 next week and this is a very important time for him to understand who he is. He is my son but he is also a son of Cambodia,” Jolie proudly announced. 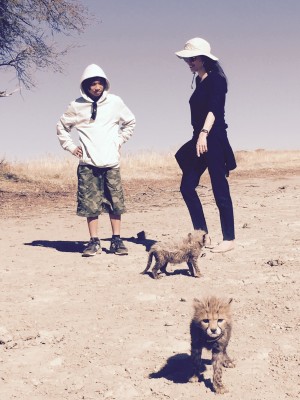 Jolie and her son 11-year-old Pax were in Namibia, where they journeyed to the N/a’ankuse Foundation, a wildlife sanctuary. The N/a’ankuse Foundation’s vision “is an Africa where humans and wildlife can live and thrive together. Our mission is to conserve the land, cultures and wildlife of Namibia and rescue species threatened by an ever-shrinking habitat, which aims to protect wildlife and prevent human-wildlife conflict.” The organization has a wildlife donation and adoption program, where individuals can support leopards, lions, baboons, African wild dogs, horses, and many other animals!

Find out more about the N/a’ankuse Foundation and sponsor an animal by clicking here!

The Jolie-Pitt Foundation has been in partnership with the N/a’ankuse Foundation for years. Jolie and Pax spent time with three baby cheetah cubs at the the N/a’ankuse Foundation, with one cub named Shiloh after Jolie’s daughter (who was born in Nambia). Jolie commented, “Shiloh watches videos of the cubs as they are growing. She loves that little cheetah Shiloh has a tough and independent nature, and cannot wait to visit N/a’ankuse and meet them herself.”

Speaking of Shiloh, the 12-year-old joined her mother, the Special Envoy of UN High Commissioner for Refugees António Guterres, and went to Turkey for World Refugee Day. Together they visited the Midyat Refugee Camp in Mardin Hala, “Shiloh is very aware that I hold refugee families in high regard and has been asking to come on missions and meet them for many years,” Jolie remarked.

to visit a Syrian refugee camp on World Refugee Day.

Summer 2015 was busy for the Jolie-Pitt family, and we can only wonder what the future holds for the next generation, who are already getting primed to help make the world a better place! 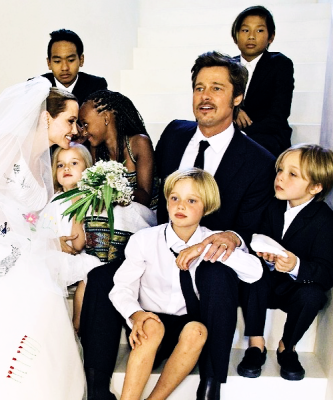