NYC bugs and rodents, usually thought of as major pests, have landed their own series on HBO, titled Animals! That’s right the creatures we love to hate are in show business, and doing quite well! Gotham’s rats, pigeons, bedbugs and other assorted creatures can now be watched in the animated series on Friday nights, at 11:30 P/E. The story lines are for adults only, as they hysterically cover some taboo subjects. 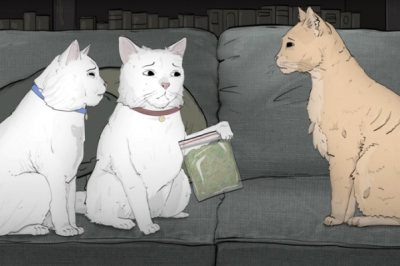 “Animals” creators Mike Luciano (left) and Phil Matarese were working at Soho’s Rooster agency a few years ago when they were distracted two pigeons outside the window and started inventing funny adult dialogue for the birds.

“We became interested in these animals that live in the most man-made city on Earth; how are they existing?” Luciano reveals.
“It’s this weird cosmic joke that animals are forced to live on concrete and in these sewers,” Matarese said. “That was really funny to us.”
Impressive comedic talent that lend their voices to the animated characters include; Nick Kroll, Adam Scott, Marc Maron, Jessica Chastain, Eric Andre, Rob Corddry and Wanda Sykes are among the actors!

WATCH THESE ANIMALS TRAILER VIDEOS FOR A SHOW TEASE!