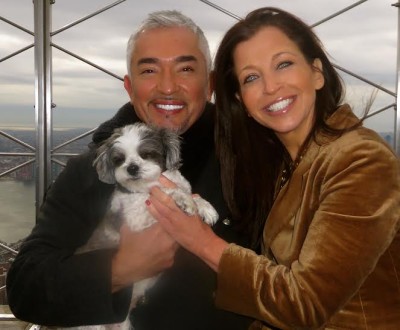 On February 4th, Cesar Millan climbed to new heights by visiting the Empire State Building in celebration of the brand new season of his National Geographic Wild TV series Cesar 911, premiering on February 19th! Animal Fair Media’s Wendy Diamond and Baby Hope were there to cheer Cesar on!

During the show Cesar 911, Cesar travels to different local communities that are in desperate need of his help! He encourages co-workers, neighbors, relatives and friends to call Cesar 911 whenever there is a furry fiasco going on! Each episode showcases two stories in one community, where the community gathers, and Cesar leads…. 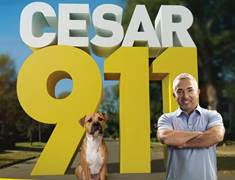 Legendary comedian Jerry Seinfeld and his wife Jessica are featured on the third season’s first episode of Cesar 911 , and call on Cesar to help them quell their dog Jose’s barking problem, and Foxy’s “hating Jerry” attitude!

Seinfeld quipped referring to his pup Foxy, “Here’s where I feel really bad cause this poor guy Cesar Millan, who fixed every dog he’s ever met … he’s not gonna fix this dog.” He adds, “… This is one messed-up dog. This dog is a sick puppy.”