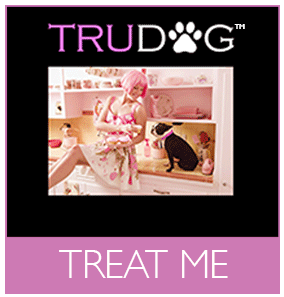 When Founder and Editor of the Social Caffeine blog and Forbes top 50 social media power influencer Lori Taylor’s Great Dane died of cancer, she knew she had to find out why and then influence pet parents for the better.
Taylor just couldn’t understand why her dog at only five-years-old died of cancer after a healthy lifestyle. She went on a hunt for answers. Her findings were alarming. 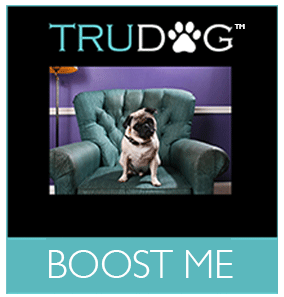 Although Taylor thought she was feeding her dog a healthy food brand, she was shocked to realize it could have been this exact food that caused his cancer. One out of three dogs are diagnosed with cancer in their lifetime.   She was stunned when learning about the unhealthy and horrifying quality of food for animals in the pet food industry … and was inspired to create her own healthy and true dog food brand; TruDog.
Lori Taylor dished with Animal Fair Media & Women’s Entrepreneurship Day ‘s Wendy Diamond about TruDog and the importance of healthy pet food, which often can prevents animal disease. 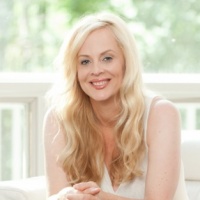 WD:  What inspired you to create TruDog?

LT:   I was devasteted when I lost my Great Dane to cancer in 2009, and was determined to educate other dog lovers on how they could best “love your dog’s life!”

WD:   Did you ever imagine you would be creating and selling dog food?

LT:   Never. I don’t think of it as selling dog food – I¹m in the happiness business! I love keeping dogs healthy because that makes them and their humans happy. I’ve been marketing for the last 20 years for a 12 billion dollar company and realized I could use my power for good!

I keep telling my kids, if you love sports and want to be an accountant – go work for a sports company right? Well when I was little I used to go outside and do cheers as loud as I could. All the neighborhood dogs would come running. I’ve always loved dogs, so why not create the best products?  That’s using your power for good in my book.

WD:   How does your dog food compare to other name brands?

LT:   Our dog food is 100% real meat that has been freeze dried to give dogs the benefits of raw meat with the convenience of kibble. We are the only raw dog food that does not use vegetables as fillers in our bags – beets are not the new meat! PLUS: All our products (including our awesome supplement line) are made in the USA!

WD:   How many animals reside in your home?

LT:   Not enough – we (my human family) have many animals! We have a Great Dane name TJ, which stands for Truman Junior (hence the “Tru” in our TruDog brand name). I also have an adorable Boxer/Lab mix who we adopted when she was two-years-old named Emma JJ. The adoption place named her Emma and that¹s what she knew – we added the JJ because well – it just fit!

We have three cats – Lilly and Leo who are brother and sister. Lilly was named by my daughter and Leo was named by me because my husband and I are both the astrology sign “Leos”. We also have another cat named Gucci, who we rescued from the side of the road. My daughter named her – she decided that this little cat was a luxury brand no matter what we “paid” (or didn’t) for her.

We have a mini pig named Rudy; named after the football player in the movie Rudy, because he loves to “root” on everything.

I also have six horses: Payday (aka Pay Pay), Namaste (aka Stanley), Gran Corazon (aka Red), Nickel De Prin (aka Nikki), Five Star (aka Friday), Hot Shot (aka Hottie). Their names breakdown like this;

Payday had his name when I got him – bad luck to change a show name.

Namaste means, “the God in me honors the God in you” and when I rode him as a baby he felt like I was on angel wings.

Five Star’s dad is a famous jumper named named; Oh Star. Most people use the Oh or Star, and he¹s such a beautiful stallion we felt he deserved Five Stars.

Red has such a big heart we made his show name the Spanish version of “the big heart”.

Last but not least – my son named Hot Shot when he was five-years-old because this pony is the fastest four-legged animal I’ve ever been on and he can JUMP!

WD:   If your dogs were celebrities who would they be?

LT:   TJ would be Jack Nicholson; Adorable and a little cantankerous at the same time.

Emma would be Charlize Theron; She¹s just awesome and I¹d love to hang out with her all day.

Leo and Lilly would be Angelina Jolie and Brad Pitt; They fight sometimes but for the most part really love each other. Leo just cool, cool, cool and Lilly has a lot of Angie¹s don¹t put kitty in a corner attitude.

Rudy – would be Danny Devito; Determined, straight forward, pig-headed, and makes you laugh just by looking at him!

WD:   Do you support any animal charities and If so which ones?

LT:   The Morris Foundation and HSUS. I believe Morris will find a cure for cancer in our lifetime and the dogs are the key to finding a cure for humans. As for the HSUS, I have many friends that run in their fundraising races and I support them that way.

WD:   Where can their pups try this fab pet food and what is your #WomenWOW special?!

LT:   Log onto TRUDOG and we are offering 35% off discount to anyone using “womenwow” at our site (not applicable with other offers and not available on already very low special Trudeals)! Share and tell all your friends that it¹s the gift that keeps on giving! 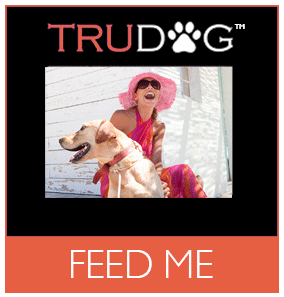 For more information click on this link and visit: TruDog