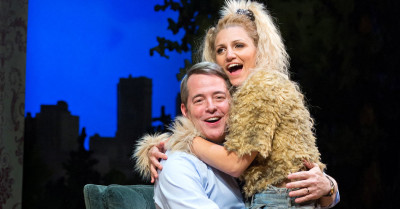 Tony Award-winning actors Matthew Broderick and Annaleigh Ashford have Broadway audiences rolling over with howling laughter in the hilarious A.R. Gurney’s comedy Sylvia. Broderick plays Greg, a man struggling with his spiraling midlife crisis, when to his delight he finds a dog roaming around Central Park, played by Ashford. 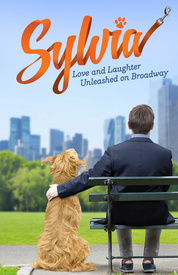 Greg brings home the dog to his wife Kate’s surprise (played by Julie White), and then names the excited pooch – Sylvia. Ashford masters the comedic role of Sylvia, and instantly marks her fresh home territory by barking to her new pet parent Greg, “I think you’re God.” The three characters engage and struggle in a dog versus human love triangle. Sylvia pants to please with canine unconditional love, and Greg’s professional wife Kate finds it a challenge to understand and compete with the awestruck submissive stray mutt! Of course, Greg basks in all the pleasing “barks, woofs, licks” provided by loyal Sylvia. 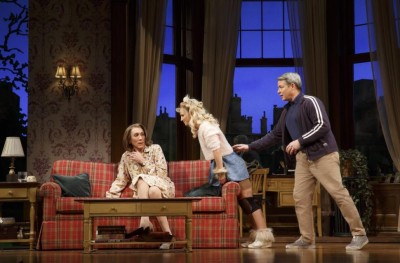 The funny play Sylvia has raised the timeless question: What do dogs really think about humans?

On December 15th, 2015, the stars of Sylvia and audience members gathered to discuss the latest findings on the new science of canine cognition after the show. Dr. Laurie Santos, Founding Director, Canine Cognition Center at Yale and Rachel McPherson, Founder and President, The Good Dog Foundation lead the barking talkback conversation.

The following are talking points that were discussed, very eye opening, and thought provoking. Dog’s know and feel more than you think! 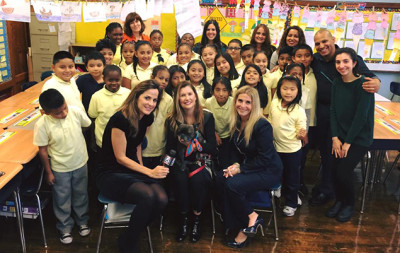 1. How dogs, needing rescue from difficult situations, use humans as “social tools”.

There’s work showing that dogs use humans as social tools. Here’s the set-up. Scientists presented dogs and wolves with an unsolvable problem— a puzzle box that couldn’t be opened. They then observed what strategies each species used to try to figure it out. Wolves showed amazing grit— they tried lots of smart physical strategies and kept at it. Dogs did something else— at the first sign of trouble, they looked back to their human companion to seek out help. This suggests that dogs know that they can use *us* as social tools to help them out when they need it.

2. How dogs help humans feel better and more socially supported, including how dogs exploit the very hormone system we use for falling in love with romantic partners, caring for offspring?

We’re only now starting to learn more about how dogs make us fall for them. We’ve gotten some insight into the neural mechanisms that govern our human-animal relationship. Recently scientists learn that dogs seem to exploit the neurochemical systems that we use to bond with our children. Specifically, humans appear to release oxytocin, a hormone used (at least in part) for social bonding, when looking into the eyes of a dog. This same hormone is involved in care-taking responses with our babies!

This point is powerfully supported by evidence-based science conducted by The Good Dog Foundation. A study that Good Dog led at Mount Sinai Beth Israel Medical Center in New York was the first to show the powerful way dogs “help humans feel better” when they are undergoing a brutal regimen of chemo and radiation therapy for head and neck cancers. Dr. Steward Fleishman, who was founding director of cancer supportive services at Beth Israel at the time, was the lead researcher. According to Dr. Fleishman, “We can take for granted that supportive care for cancer patients, like a healthy diet, has benefits.” In the new study, Fleishman’s team tested animal-assisted therapy and quantified the effects. The study was published in January 2015 in the peer-reviewed Journal of Community and Supportive Oncology.

Fleishman’s team followed 42 patients at Beth Israel undergoing six weeks of chemotherapy and radiation for head and neck cancers, mostly affecting the mouth and throat. All of the patients agreed to have visits with a therapy dog right before each of their treatment sessions. The dogs, trained by the Good Dog Foundation, were brought in to the waiting room, or hospital room, so patients could spend about 15 minutes with them.

The chemo/radiation regimen in this study was “intense,” Fleishman said. “These patients get very sick. They can’t eat well, they have trouble speaking. The treatment becomes more of a burden than the cancer.” 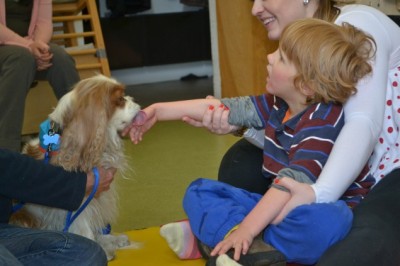 Fleishman’s team found that — as expected — patients’ physical well-being deteriorated over the course of their treatment. Yet their emotional and “social” well-being — which includes feeling supported — actually increased ”One patient said, ‘I would’ve stopped the treatment, but I wanted to come see the dog,'” Fleishman said.

The findings, published in the January issue of the Journal of Community and Supportive Oncology, might encourage more hospitals to consider a therapy dog program, Fleishman said.

The Good Dog Foundation has been around for 17 years, and Rachel McPherson, Good Dog’s Founder and President, has witnessed plenty of evidence that trained and certified therapy dogs help a wide range of people — including patients recovering from stroke, nursing home residents, children with autism, and disaster victims. McPherson says scientific evidence is vital, which is why her foundation plans to be involved in more research.

3. The biochemistry of canine-human interaction.

Dogs seem to exploit the neurochemical systems we use for bonding with our own children (see above reference and quote).

No wonder we fall in puppy love, when we see dogs, we bond with them like they are our children!

For more information on The Good Dog Foundation, and how you can donate or volunteer, visit here!
http://thegooddogfoundation.org/ 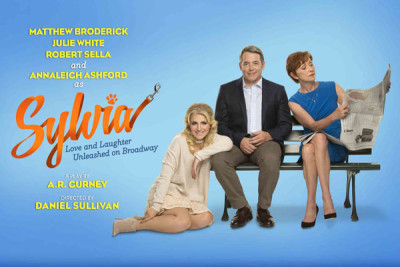 Hurry – don’t miss your chance to catch Sylvia for a howling time, at Broadway’s Cort Theater – the show closes on January 3rd, 2016! Find out more here!