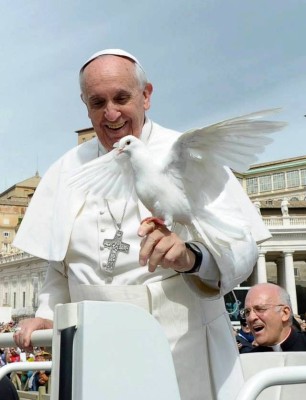 Pope Francis, “The People’s Pope” arrived in Washington, D.C. yesterday afternoon to a warm reception by President Obama and the first family. This is the pope’s first trip to the US, and he will visit Washington D.C., New York City, and Philadelphia during his whirlwind tour. 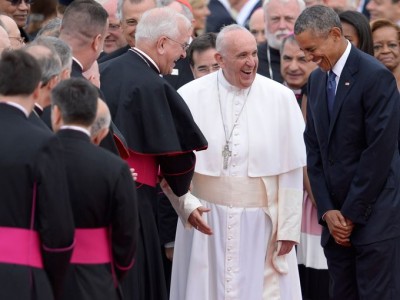 Pope Francis seemed to suggest that not only people go to heaven, but animals walk through the pearly gates too! While delivering his weekly address at St. Peter’s Square in late November 2014, the pope said, “The Holy Scriptures teach us that the creation of this marvelous design concerns all that is around us, and all that came out of the thoughts and heart of God.” While it’s unclear what Pope Francis specifically thinks about this matter, all one has to do is read between the spiritual lines to get the message. 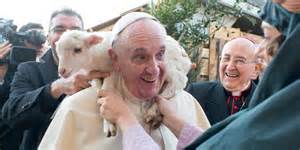 Although St. Francis of Assisi is the patron saint of animals, in 1990 John Paul II visited Assisi and said of all animals that they “possess a soul and men must love and feel solidarity with our smaller brethren.” He went on to say that all animals are “fruit of the creative action of the Holy Spirit and merit respect” and they are “as near to God as men are.” 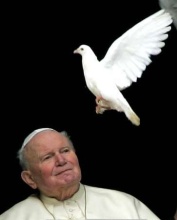 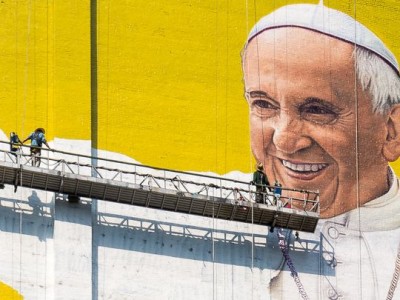 Wednesday, September 23rd, 2015
9:00 A/E:  The official White House private meeting with the president.
11:20 A/E: The pope leads prayers and meets with U.S. bishops at St. Matthew Cathedral.
4:30 P/E:  The Papal Mass at the Basilica of the National Shrine of the Immaculate. The Pope names Junipero Serra a saint, the Spanish missionary who introduced Christianity to California in the 18th century. This is the first canonization mass on U.S. soil.

Thursday, September 24th, 2015:
10:00 A/E: The first papal visit to the Senate and House, where the pope will address Congress.
11:00 A/E:  The pope visits Capital’s West Front, which overlooks the National Mall.
11:15  A/E:  The pope visits St. Patrick’s Catholic Church and Catholic Charities. Sixty parishioners picked from a lottery of church volunteers, and 250 clients and volunteers from Catholic Charities will attend. Catholic Charities St. Maria’s Meals (the charity offers three weekly food programs in the Washington area) will have 55 tables set up for the homeless and disenfranchised to be served lunch. The pope will bless the food.
4:00 P/E:  The pope leaves Washington D.C. for New York City.
5:00 P/E:  Pope Arrives in New York – JFK Airport.

Sunday, Sept. 27th, 2015
9:15 A/E:   The pope will have a papal meeting with bishops at St. Martin’s Chapel of St. Charles Borromeo Seminary in Wynnewood.
11:00 A/E: The pope visits Curran-Fromhold Correctional Facility.
10:30 A/E: Mass will be held at the Cathedral Basilica of Saints Peter and Paul.
4:00 P/E:   Mass will be held with the World Meeting of Families.
7:00 P/E:   He will speak with organizers, volunteers and benefactors of the World Meeting of Families, at Atlantic Aviation,
8:00 P/E:   Joe Biden and family will meet Pope Francis at the airport, prior to the pope leaving for Rome.

Animal Fair Media wishes Pope Francis a safe visit, and may he be the harbinger of global peace and uplifting humanity for all people, children, and animals in this country and worldwide…. 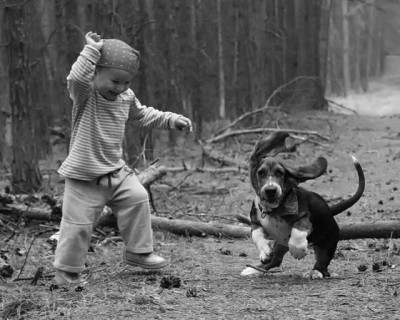