Robin Craft grew up in a farming community, where she received her first kitten, Annabelle, when she was only four years old.

In her community, it wasn’t common for people to get cats spayed or neutered, and Craft said her family didn’t have the money to fix their cats.

After her last cat disappeared when she was a kid, Craft didn’t get another one until she was an adult.

She and her sister rescued Butler and Oswald – who are now the faces of The Black and Orange Foundation, a trap-neuter-return organization working to spay and neuter stray and feral cats.

“We wanted to do only the right things with them and they led us both into rescue work,” said Craft. “I feel a lot of guilt for those cats we had growing up, who did not get vet care and were let outside to face all kinds of dangers. But they provide proof that people can change through education!”

Once Oswald was in her home, her neighbors’ cats would bring litters of kittens to her garage. Craft’s neighbors said it was too expensive to spay or neuter the furry animals, so Craft took it upon herself to get them fixed and find homes for the kittens.

“From there I started trapping all the cats in our neighborhood and got them fixed using my own money–long before Black and Orange existed,” said Craft. “I went and bought a humane trap and the first cat I trapped was a feral mother cat who was trying to eat bread (she was starving) under our bird feeder. None of the vets in our area knew about fixing feral cats, so it was a real challenge to find someone to help.”

The Black and Orange Cat Foundation, or B&O, began in 2006 and spays and neuters cats in Madison and Union counties in Ohio. Craft said there are about 100,000 people in those two counties and PetSmart Charities has B&O find the number of feral cats by dividing the number of people in an area by six – totaling about 17,000 feral cats in those two counties, and 52 million feral cats in the U.S. Since 2006, B&O has spayed or neutered more than 3,000 cats.

Before starting B&O, Craft volunteered with CATco (Cat Assistance Team of Central Ohio). She did trap-neuter-release there and was encouraged to open a group in Plain City.

Stray cats can have a hard time living on their own – as many have been declawed as pets and are not used to finding food of their own, said Craft, and without nourishment, mother cats can be too drained to feed their babies. Coyotes also threaten these stray and feral cats, as well as humans. 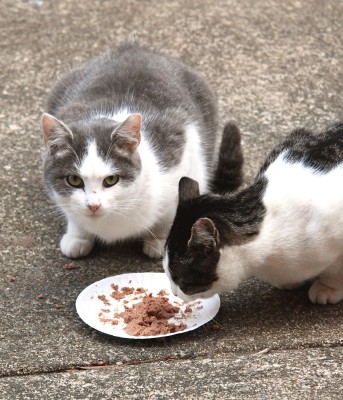 “We hear so many horror [stories] about people who hurt the cats–many of the farmers in the area dealt with the overpopulation problem by putting out anti-freeze for the cats,” said Craft. “We have educated many of them on the benefits of TNR and they now prefer that (thankfully). They just didn’t know how to deal with so many cats that kept having kittens.”

If you find a stray cat at your home, Craft suggests these steps:

First, assess if the cat is friendly and if it is lost or has been dumped. If it is friendly, check for tags and take it to a local vet to be scanned for a microchip. If there is no identification and it has not been fixed, Craft suggested getting the cat spayed or neutered. If you don’t want to adopt the cat, find a local no kill shelter or rescue facility that can find it a home. 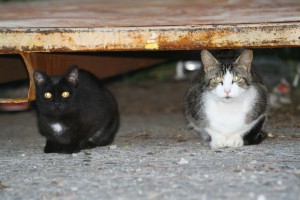 B&O does not have a shelter, but will post cats on Petfinder and other adoption websites, where Craft said she has had a lot of luck finding forever homes. If B&O traps a cat that seems too nice to be put back outside, they try to find them homes and works with local shelters and the PetSmart adoption center to find a home. 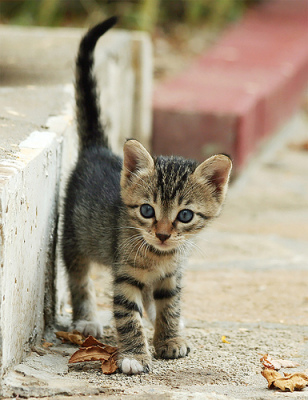 If it is a feral cat, the best thing to do is trap it and get it fixed and then release it back where you found it.

For more information on The Black and Orange Cat Foundation and how you can donate, visit www.bandocats.org.