Famous actress, health and weight-loss activist for Jenny Craig, and loving mother are a few titles that can be used to describe Valerie Bertinelli. From her handle on Twitter and Instragram as “Wolfiesmom,” it is apparent that she cares deeply for her son, Wolfgang Van Halen. 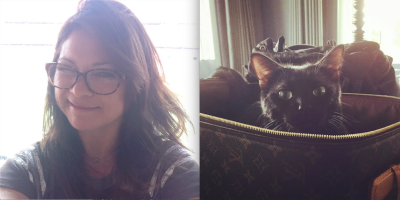 However, she is also mother to an adorable group of cats, many of which were adopted, and her dog named Luna. These lovable creatures can be seen frequenting her social media outlets, with appearances from the whole crew: her ‘yin and yang’ cats Batman and Henry (black and white respectively), a tabby cat named Tigger, Dexter and DeeDee, and the newest member (a proclaimed “foster failure”) Nelson, adopted in 2013. 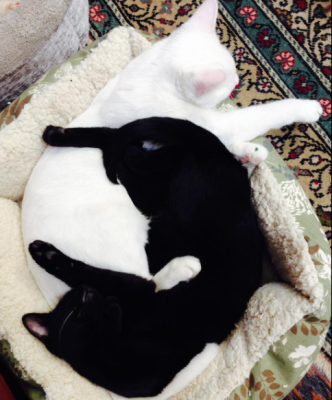 Nelson’s arrival all started when a few years back, Bertinelli fostered six kittens. The purpose of fostering young kittens like this is to grow them accustomed to being around humans and to learn their personalities while preparing them for adoption. This is an important practice that contributes greatly to the success of animal shelters and recues organizations. The kennel environments that many of these animals are kept in can often cause high levels of stress for the animals and make them anxious – affecting both their moods and personalities, and potentially making them less adoption-friendly. Therefore, fostering can improve an animal’s temperament, while the caregiver can help in finding the animals a ‘forever home’. 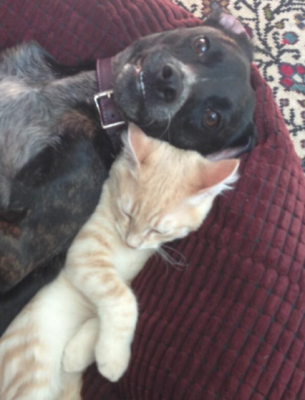 While it can hardly be considered ‘failing,’ Bertinelli connected with one of the young kittens she was fostering, Nelson, and adopted him into her family, while continuing to work to find homes for the others. She tweeted the picture above with the caption, “Luna and my first foster failure – sweet Nelson #love”. Her commitment and support to these animals’ well being is admirable, and those in the position to do so can look into fostering pets of their own, through websites such as the ASPCA.

To help support animal charities like Valerie does, be sure to check out The Humane Society of the United States, and visit their website at: http://www.humanesociety.org

Be sure to adopt a furry friend like Valerie’s HERE!