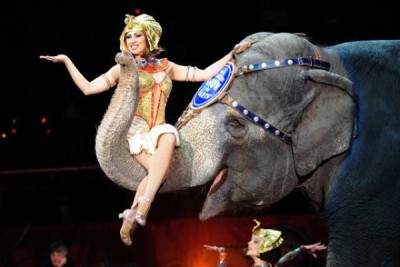 The show must go on! One of the first things that comes to mind when The Ringling Brothers and Barnum & Bailey Circus is mentioned, is the iconic elephant act. They’ve been featured on their posters for over one-hundred years. Thirty million people attend the shows, yearly. Well, the famous circus show will phase out their elephants from its performances, by 2018.

“There’s been somewhat of a mood shift among our consumers,” said Alana Feld, Feld Entertainment‘s (Ringling‘s parent company) Executive Vice President. “A lot of people aren’t comfortable with us touring with our elephants.” 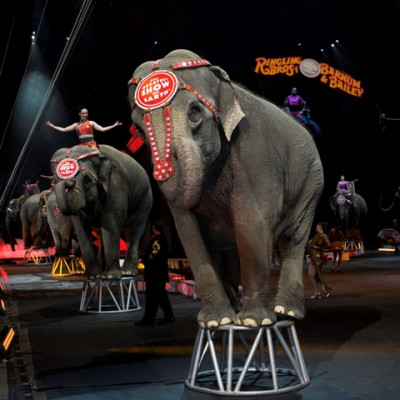 The company has decided to cut the elephants mainly because of how the animals are reportedly treated, and also because many counties and cities have put “anti-circus” and “anti-elephant” ordinances in place. The company’s three shows visit 115 cities throughout the year, and it’s costly to fight legislation in each jurisdiction. It is also arduous to plan tours amidst continuously changing regulations. 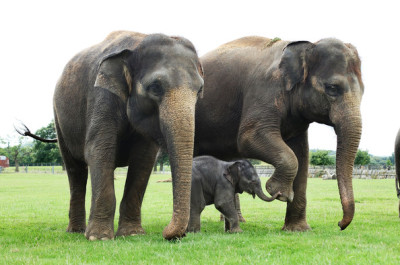 “All of the resources used to fight these things can be put towards the elephants,” Kenneth Feld advocated. Kenneth Feld is Feld Entertainment‘s President. “We’re not reacting to our critics; we’re creating the greatest resource for the preservation of the Asian elephant.”

However, the show must still go on! It will still feature animals including a new troupe of camel stunt riders from Mongolia. The show will focus more on great human feats of physicality; motor-sports and daredevils.

Kenneth Feld has other plans with his 43 elephants; he owns the largest herd of Asian elephants in North America. It costs about $65,000 per year to care for each elephant. He hopes to build new structures to house the retiring elephants at the center, located in Polk City, Florida on a rural, ranch-like property. He wants the center to be open only to researchers, scientists and others studying the Asian elephant. Eventually, he wants to open it up to the public. Twenty-nine of the elephants live at the company’s 200-acre Center for Elephant Conservation in central Florida. 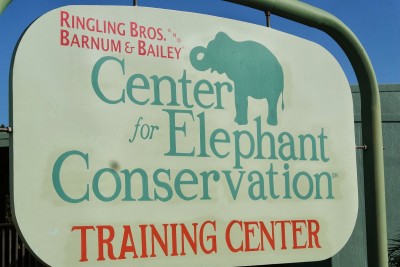 One thing’s for sure; “The Greatest Show on Earth” won’t be the same without the elephants, but Animal Fair Media is estatic that this transition is finally taking place. Justice for the elephants is slowly being earned!

“How does a business be successful? By adapting,” Feld said. Animal Fair Media thinks he said it right – it’s all about animal welfare!

For more information about the treatment of circus animals, click HERE!