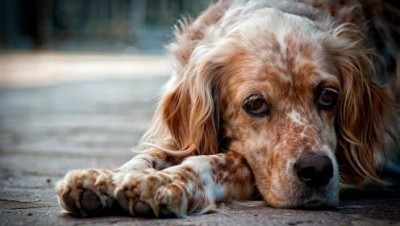 It seems as if the trusted brand, Purina, has some explaining to do. Their brand of widely popular, dry kibble dog food, Beneful, is claimed to have toxins that are poisoning and killing dogs everywhere. California native, Frank Lucido, has filed a law suit against Nestle Purina PetCare alleging that this product has killed upwards of 4,000 dogs, including his eight-year-old English Bulldog.

Lucido has two other pups- a four-year-old German Shepherd, and an 11-year-old Labrador- who he began feeding (including the English Bulldog) the kibble in late December 2014. By the end of January, all three of his dogs fell ill, which led to the demise of the English Bulldog. The autopsy revealed that the dog had signs of digestive internal bleeding and lesions on his liver. Similar symptoms were found in Lucido’s German Shepherd, to which a veterinary exam revealed that it was “consistent with poisoning.”

There have been over 3,000 complaints, so we all need to pay attention! The consistent symptoms reported include stomach internal bleeding, malfunction or failure of the liver, vomiting, diarrhea and weight loss. If your dog is experiencing any or all of these, you must consult a veterinarian. Beneful has already had two lawsuits filed against them, with similar accusations.

The lawsuit claims the toxins in Beneful include propylene glycol and mycotoxins, which could be potentially harmful. Mycotoxins are a group of toxins created by mold, found in grains. Propylene glycol is found in automotive antifreeze. However, the Purina website claims “an FDA-approved food additive that is also in human foods like salad dressing and cake mix.”

“Cases like these are important because we do invest so much love and time in our pets and they are such a part of our family,” stated Jeffrey B. Cereghino, a lawyer representing Lucido. We agree, wholeheartedly! My beloved Maltese Lucky, passed from her battle with cancer. To even think that the cause could’ve been remotely due to the food she was consuming, is unfathomable. Looking at the ingredients is the most important factor. If you wouldn’t feed yourself those ingredients, why would you put that in your pet’s stomach? Your canines deserve all of the puppy love in the world, so they require nothing but the best of everything.

Sometimes they even deserve a buddy. Click HERE to adopt a precious pooch.