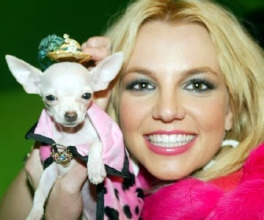 Jon and Kate Gosselin’s much publicized break up has created plenty of problems in their family, in the dynamics of having to raise eight children as single parent. Now, under the continuous scrutiny of the public spotlight, the high profile duo have decided that it would be best to send their two German Sherpherd dogs back to their trainer until life settles down.

Saying goodbye to a pet after a divorce can be pretty painful, which bring an important question: Where do pet go after a divorce? How does a couple make the choice and how much heartache can that decision cause?

In 2007, in the midst of the Britney Spears and Kevin Federline divorce, the People for the Ethical Treatment of Animals sent a request to Federline imploring him to gain custody of Britney’s two Chihuahuas, Yorkie and Maltese along with their two young sons. In the end, not much attention was given to who would receive custody of the dogs and Spears ultimately was allowed to keep her little furry friends.

According to a survey by the American Pet Products Manufacturers Association, in the US alone, there are about 74 million pet dogs in 43.5 million households and 90.5 million cats in 37.7 million households. People love having pets at home and it’s likely that a great percentage of couples will eventually be involved in a separation, forced to deal with pet ownership issues.

When a couple is getting a divorce, there are three options as to where the pets can go: one is to do as the Gosselin’s did by giving them back to the trainer until the family becomes stable enough to take the pets back in. The second option is giving custody to one parent while the giving of the other visitation rights. The last option is to get involved in heated custody battles with lawyers and the messiness that goes along with that course. Not pleasant!

Who can decide what’s best for the pets? When we talk about children’s custody, the child ends up with the parent the judge decides is better for them, but what happens with dogs and cats? Who can decide what is in the “best interest of the pet”?

Pets are not objects, so there is no way a fight for a cat can be compared to fighting for a lamp. They aren’t children either, so they are somewhere in between. They are loved and cared for in some cases just like kids, so the decision of where they go in a divorce is a pretty big deal. Maybe, you just have to think where the pet would be happiest, and more importantly, with whom. It’s a difficult decision, but making it the most civilized way possible is way better than getting into a drawn out legal battle. Maybe Jon and Kate’s pets will be better off with the trainer, than in the middle of all the conflicts. Who knows?