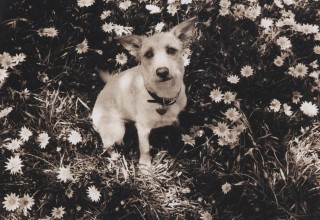 Americans always love an underdog. And why not?  Triumph over the odds is at the heart of our most cherished national stories.  This country began when the scrappy, rag-tag Continental army defeated the mighty British Empire, and it was largely built by struggling refuges from other lands. In many ways, victory of the underdog is the embodiment of American Dream.

The term “underdog”, literally the dog on bottom, first came into popular use as sports jargon, of course, and there are innumerable examples of athletic upsets that have thrilled folks around the country.  Joe Namath’s Jets and Villanova’s 1985 NCAA basketball crown are often cited as the biggest “between the lines” shockers, but the real measure of an underdog’s legacy in sports is whether that player or team is able to transcend the limited boundaries of a sport to capture the imagination of the nation as whole. One team met that standard better than any other– and one phrase is enough to conjure the memory: “Do you believe in miracles?” This year’s opening ceremonies at the Winter Olympic in Salt Lake City were testament to the enduring emotional resonance of the U.S. Hockey Team’s 1980 victory over the USSR.

But since the weather is warm, we should leave winter sports and consider the Boys of Summer. Americans have always had a curious affection for chronically underachieving ball teams. The Cubs of Wrigley Field are beloved underdogs, for example. But the all-time winner among losers has to be the Brooklyn Dodgers, a bunch who inspired tremendous loyalty precisely because their image (and performance) contrasted so sharply with their glamorous, archrival Yankees.

Our love of outsiders has stayed part of our political culture.  Politicians have been running (and winning) as “anti-government” mavericks from Thomas Jefferson to Jesse Ventura, but no upstart has ever matched Harry Truman’s stunning victory in 1948.  The image of the triumphant Truman holding the Chicago Daily Tribune’s erroneous headline has become one of the most indelible icons of American popular culture.

Hollywood has a love affair with underdogs too. From “Grapes of Wrath” to “Casablanca” to “Rocky,” virtually every classic of American cinema is about scrappers battling against the odds.

Of course, we would be remiss if we didn’t praise the Eponymous One himself; Joe Harris’ cartoon Underdog. Faced with the villainy of Simon Bar Sinister, mild-mannered Shoeshine Boy pops a pill to unleash his super powers.  Then he lets loose a cry of “There’s no need to fear! Underdog is here!” and swoops in to save the maiden in distress, Polly Purebred.  Maybe nothing says more about how America likes to see itself — the mutt who comes to the rescue of a purebred.

New York based photographer Jim Dratfield wanted a break from the high-priced pooches with whom he usually works. He wanted to explore the character of the underdog; those dogs who have been through touch times and come out on top. Dratfield wanted to, in his own words, “Look at the souls that are written on these dogs’ faces.” It’s these dogs’ flaws, he says, that makes them beautiful. 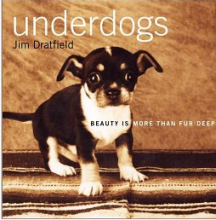 We at Animal Fair couldn’t agree more. For a closer look at more of these come-from-behind winners, check out Dratfield’s new book; “Underdogs: Beauty is More than Fur Deep” at a bookstore near you.