Just as Star Jones’ name foretold her fame, Lucky Diamond’s held quite a few cards of her own.

You’ve seen her at the hottest parties and chicest clubs, as well as nursing homes and hospitals — but most recently you may have spotted her as she invaded the New York single’s scene on “Single in the City,” a reality tv show on WE network.   Who is this marvelous Maltese seen mixing with the trendiest of crowds?  None other than our very own Lucky Diamond, the best-known Maltese in town! 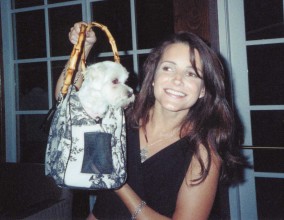 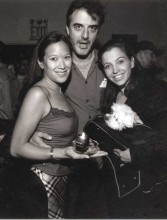 The poster dog for Animal Fair magazine, Lucky is the perfect example of a rescue dog whose life advanced from pound to party.  Lucky was rescued at age 1 1/2 by renowned celebrity trainer Bash Dibra who knows a star quality dog when he sees one!

Lucky, with her inherent New York ‘tude, has her own celebrity following.  Her bark is well known by Tom Jones, and Kiss’ Gene Simmons also enjoyed an evening in her company.  She even had a west coast rendezvous during the Grammys with Slash (of Guns-n-Roses)!  This Lucky lady also gets quite a few dinner dates.  Just ask Mike Piazza with whom she shared a water at the panache La Goulue on Madison Avenue. 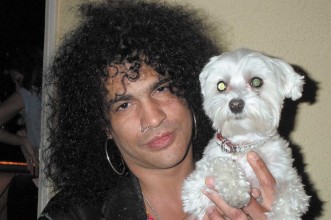 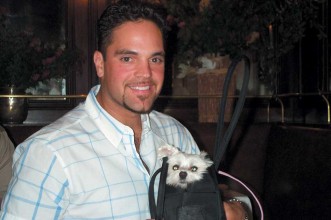 Lucky’s exciting evenings continue to give fodder to the puparazzi.  At Richard Branson’s Virgin mobile party, where Lucky filed her request for a doggy cell phone (because, dog- forbid, one of her many admirers not be able to reach her when she’s out on the town), she also won the affection of BB Mak’s dashing singer Christian Burns!  Lucky may be the only single girl in New York who has no trouble finding men! 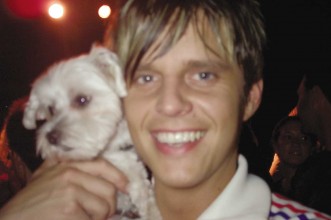 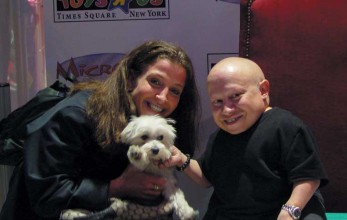 Lucky always remembers her humble beginnings.  She graces the social scene each year at Animal Fair’s celebrated events, Canine Comedy and Paws for Style, in order to promote animal rescue.  This year at Paws for Style, she was accompanied by Ana Gasteyer of Saturday Night Live, and the two laughed all the way down the catwalk.  This ‘It’ dog claims that her favorite event to date was last year’s Canine Comedy Night that raised money for Green Chimneys, an organization that matches emotionally disturbed and abused children with abused animals to foster the healing process.  At the event only Lucky and Vanessa William’s Shitsu Sebastian made it through the velvet ropes of a posh Manhattan club!  They immediately hit it off — can we say puppy love?  But despite her kindling relationship, Lucky was more concerned about her furry companions still outside, and (with the help of her friends at the Stray from the Heart Foundation) made sure that they had a canine kennel under the stars where they could bark the night away. 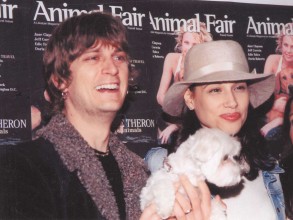 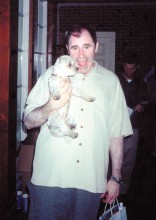 Lucky’s good looks, gregarious aura, and her big heart ensure that wherever she goes she finds herself among many friends, and as usual, the center of attention!

To find out about Lucky Diamond’s latest adventures, go to www.animalfair.com.