Itching for a trip that takes you beyond the usual lazy day at the beach?  If so, you’re in good company.  Many of today’s travelers are turning to vacations that have a deeper purpose — where the reward of making a difference in life far outweighs a suitcase of souvenirs. We have listed below various international volunteer vacations programs which should satisfy your needs of discovery and nex experiences! 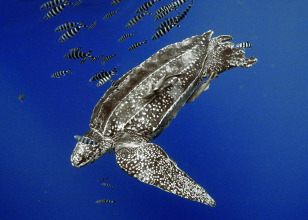 Each year the endangered leatherback, green and hawksbill turtles come to the beaches of Parismina, Costa Rica to nest, but unfortunately for them they’re not alone and poachers also frequent those beaches. They steal the turtles and their eggs to sell on the black market. Although this practice is illegal, enforcing the law is difficult, and this is where ASTOP intervenes. In 2001, a group of locals initiated Asociación Salvemos las Tortugas de Parisimina (Save the Turtles of Parismina – ASTOP) along with the Costa Rican Coast Guard. This non-profit and conservation organization’s goals are to protect sea turtles and their eggs from poaching, while initiating sustainable development and providing a viable alternative economy to poaching in the small Caribbean community of Parismina.

Before this organization was created, 98% of the Green turtles were killed for their meat, and 98% of all three species’ (leatherback, hawksbill, and green) nests were poached. Now, poaching has decreased to 38%! ASTOP saves 10,000 baby turtles a year and also economically supports around a third of the village of Parismina. “Because ASTOP is a true grassroots project, we have also been successful at redefining the cultural importance of turtle conservation,” they say.

ASTOP has been able to accomplish so much thanks to their volunteers from all around the world. Volunteers work alongside the local turtle guides, guard nests on nightly patrols, learn to identify turtle tracks, count the eggs, record tags number and assist with egg relocations. During the day, volunteer’s tasks include monitoring the hatchery, cleaning the beach of debris, safeguard the hatchlings on their first journey to the ocean, and participating in nest exhumations.

Volunteers have different accommodation options to choose from, the best one being homestays. You will live with a local family, completely immersed in a new culture. All homestay packages include the following: laundry services, three great meals a day (vegetarian available upon request), a mentor, turtle training program, nightly patrol on the beach. There are homes available for 1 or 2 people and there are a few for 3 or 4 people. If you do not speak any Spanish, they try to arrange a homestay where a family member speaks English, but only a few of those homes are available.

Many safaris allow to see (more or less) what we call the “big five” – lions, elephants, buffalos, leopard and rhinoceros – but irresponsible safaris can be harmful to wildlife. The Siyafunda Bush Experience trip in South Africa, run by Enkosini Eco Experience will teach you practical bush survival skills, animal tracking and plant identification. With your new skills, you will be able to gather data on the amazing creatures you will encounter in the wilderness. Volunteer are accommodated in a tented camp in 4 semi-luxury double tents built on wooden decks.There is no electricity but there is hot water as well as lamps, gas stove, fridge and freeze.

Kelcey Grimm’s cofounded the Enkosini Wildlife Reserve in 2001, after she decided to commit her life to wildlife preservation. Enkosini is a private, non-profit preserve dedicated to researching and implementing strategies for wildlife conservation.

A trip costs approximatively $1,000 and volunteer contributions cover meals, accommodation, activities, transfers from Hoedspruit/Tzaneen to Makalali, and project donation. Flights and travel/medical insurance are not included. 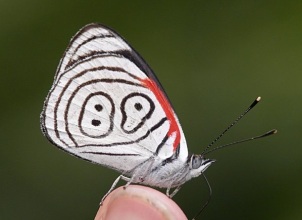 The Shiripuno Research Center, located 45 miles of Coca, is just outside the Yasuni National Park, a designated UNESCO biosphere in Ecuador. The Huaorani are fiercely protective indigenous people of their region, and they still hunt deer, wild pigs and monkeys, with blow guns and poison-tipped darts. But when it comes to cataloging preserving biodiversity, this rain forest outpost is unmatched! So far, researchers and volunteers at the Shiripuno Research Center have cataloged 600 species of butterflies and 450 species of birds! 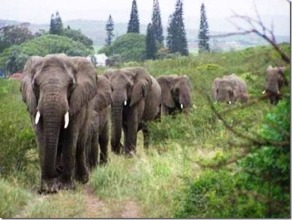 Elephant Nature Park is a unique project set in Chiang Mai province, Northern Thailand. Established in the 1990’s its goal is to provide a sanctuary and rescue center for elephants. The park is located some 40 miles from the city, and has provided a sanctuary for dozens if distressed elephants from all over Thailand.

Elephant Nature parks offers many different volunteer programs, depending on what you’re looking for. Our favorite one is the Journey to Freedom Volunteer. You will accompany elephants as they make their way to a “retirement” park in Northern Thailand after careers in trekking camps. This project will  give the elephants a more pleasant, natural life and help them to rebuild the bonds between the animals and the Karen people, who have traditionally worked closely with elephants.

A home stay has been set up in the village of Baan Mae Satop in Mae Chaem. Volunteers stay for a week at a time and have the opportunity to learn about Karen culture and watch the elephants roam freely in this remote mountainous region. Fees paid by volunteers ($500 a week) are used to compensate the Karen for the income they would have received from leasing their elephants to the camps. 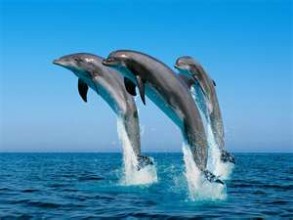 Imagine yourself on a small inflatable boat studying or walking in the African bush to count lions!

Global Vision International (GVI) is multi-award winning social enterprise that runs conservation and community development programs around the world. Since its creation in 1997, GVI has received over 20,000 participants – more than 2000 participants every year. You can choose from over 150 volunteer projects in amazing locations around the world! Duration start from 1 week and can run to over a year. You can make an impact, experience new cultures and explore locations that are usually restricted to normal tourists.

Their destinations include Costa Rica, Greece, the United States, South Africa, Laos, the Seychelles, Fiji, Mexico and Kenya, among many others!