You may be wondering why there’s any doubt that your pet is just as likely to experience the afterlife as you are, but Pope Benedict XVI once stated that animals did not enter the afterlife, and that there was no mention of them in the Gospels, so the appearance of donkeys at the nativity was probably due to myth. 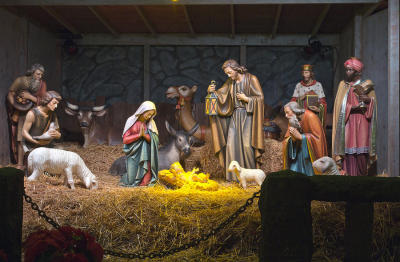 Now, as far as we know Jesus was born in a stable, so it’s pretty likely that animals were around at the time, in some form. It also has to be said that the story of Noah features animals very heavily, so if they feature in the Bible why shouldn’t they go to heaven? It seems the current Pontiff, Pope Francis agrees. At a recent Papal audience he spoke of the apostle Paul comforting a small child after his dog had died, and saying, “One day we will see our animals again in eternity of Christ. Paradise is open to all God’s creatures.”

This is an apt statement for a Pope who has just received a present of two donkeys, Thea and Noah, from a company that produces donkey milk for babies who are allergic to other milk. They also donated 21 gallons of donkey milk to a pediatric hospital in the Italian capital, Rome.

This really is a lovely story of giving, for the Holiday Season, and it’s turned out very well for the donkeys, who are now living on the Pope’s farm, several miles outside of Rome. 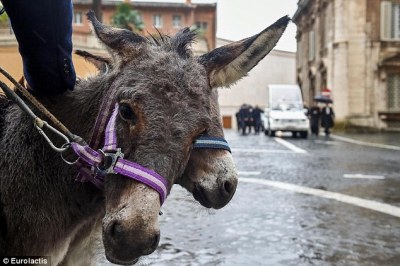 You probably never had any doubt that your pet would go to Heaven, but now you’ve heard it from the head of the Roman Catholic Church himself. Your pet will be rewarded for all the love they show to you.

If you want to share your love this Holiday Season then why not adopt a dog or a cat from your local shelter. It would make their Christmas really extra special.