This year,  people will choose between Turkeys Caramel and Popcorn. Voters can learn about each bird on the White House website — including which bird likes Beyonce — and cast their votes via Facebook or Twitter.

But the President isn’t the only one fighting for our feathered friends this Thanksgiving.

The National Turkey Federation barks that 46 million turkeys will be featured in the Thanksgiving feast, but even if you will be carving the bird this Thursday, you can still be an advocate for turkeys and make sure that they are treated humanely.

Here are five ways to lend a wing on behalf of turkeys everywhere:

Adopt a turkey from the Farm Sanctuary, which rehabilitates animals it rescues from factory farms and slaughterhouses. By donating $30 you can sponsor the sanctuary’s cause and receive an adoption certificate and a picture of the special turkey you’ve adopted! 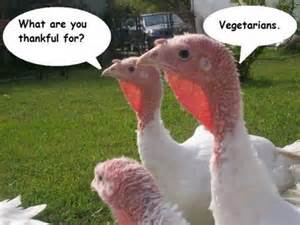 Join the Change.org petition and ask the President to paw-lease pardon all turkeys and start a new tradition at the White House – a plant-based Thanksgiving feast! The petition urges everyone to recognize that turkeys have done nothing to deserve a pardon, or death and that the conditions at factory farms are inhumane. 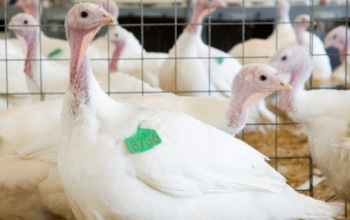 3. Get the Scoop on Turkey Treatment!

A 2008 PETA investigation of Aviagen Turkey found that employees of the poultry breeding company were engaging in numerous cruel practices – stomping on turkeys’ heads and holding them underwater.

4. Sniff Out “The Humane-Certified Label!”

If you and your family are still talking turkey this Thanksgiving, purchase a bird that was treated humanely during its lifetime. Look for those with a Certified Humane Raised and Handled” label, so you know they met the standards for kind treatment. You can take comfort that your turkey felt the grass beneath its feet, ate a healthful diet, and wasn’t subjected to hormones or confined to a cage before your feast. Donate here to help the organization continue its work.

5. Say ‘No Thanks’ With Paul McCartney

Former Beatle Paul McCartney is howling on behalf of turkeys this season! In his PETA print ad, the turkey-friendly crooner sports a T-shirt that reads, “Say No, Thanks To Turkey.” To prepare a vegetarian Thanksgiving meal like McCartney’s, you may want to pick up a copy of his “The Meat Free Monday Cookbook.”