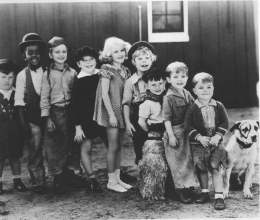 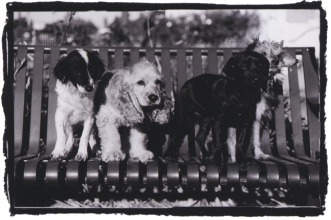 L.A. is known for its busy highways and traffic jams.  Everyone has a car.  But if it wasn’t for the traffic, perhaps Sherri Stankewitz wouldn’t have gotten off at an earlier exit in frustration, and stumbled upon a growing problem in South Central LA.  Just one hundred feet from the highway roamed hundreds of homeless dogs, many with mange, broken legs, all hungry scrapping for food.  Some had even been shot.

This was in 1989.  Since then she has started an animal rescue organization called Sparky & the Gang.  With the help of a network of friends and professionals, volunteers and local organizations, Sparky & the Gang helps to spay and neuter these animals, give them medical care, and find them homes.  Volunteers help to walk the dogs and socialize them, a local veterinarian boards them, and one volunteer will take the babies home at night to bottle feed and care for them.  Since January alone, they have picked up 200 dogs from the streets of LA.

The organization started with Sparky.  Sherri went out for pizza and came back with a Dalmatian who had been discarded by a Domino’s delivery person.   She took the dog in, and his gang has been growing ever since.

The gang doesn’t wear bright colors (they are more comfortable in neutrals) and the initiation is limited to getting along with Sparky.  Sherri insists that’s not a difficult threshold, right now managing 10 Pugs, 2 Dalmatians and 1 Pit Bull in her own house.  The rest of the ‘gang’ stays at the veterinarian’s office, until they find each one a home. 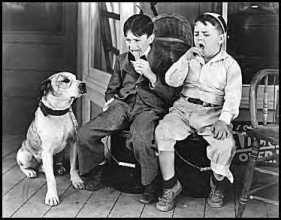 The organization operates on donations and adoption contributions.  Sherri says that eventually they would like to purchase a house for some of the harder to place animals to live.  They would also like to purchase a mobile van that they can take into neighborhoods and educate the public on the benefits of spaying, neutering and proper animal care.  Sparky & the Gang is even coming out with a picture book, entitled If We Could Speak that will feature some of the rescued pups benefiting from the TLC the organization is giving them.

Sherri Stankewitz says she has been an animal lover her whole life.  She recalls a time when she was coming out of a bar with friends in downtown Detroit and saw a bird with a fishhook stuck in its mouth.  “I got pliers and cut it out and set it free.”  It seems wherever she goes, whatever time of night, and whatever the circumstance, Sherri and the members of her organization are setting animals free from the terrible lives they have been dealt thus far.  With the help of Sparky & the Gang, happier times lie ahead!

To find out more about Sparky & the Gang, go to http://www.sparkyandthegang.com.