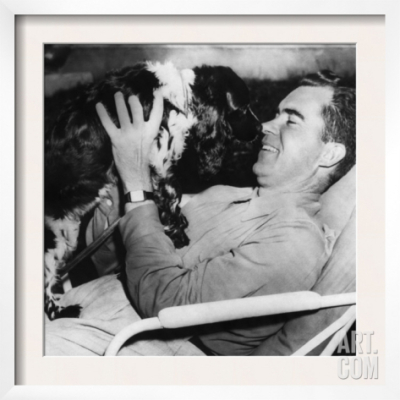 September 23rd celebrates National Dogs In Politics Day! I pledge allegiance to the pooch! Its National dogs in politics day! No, its not a day where we recognize dog mayors or presidents (if there is even such thing). This national pet holiday has a VERY interesting back-story that we would LOVE to share with you!

You may have heard of the holiday checkers day. Well, Checkers day IS Dogs in politics day. The origin of the holiday dates all the way back to 1952. This is when President Richard Nixon was a candidate for Vice President! Within his run for office, there was speculation occurring around an $18,000 campaign contribution and speculation that Nixon may of used the money for his own personal reasons.

Nixon decided to address the issue and on September 23, 1952 he gave a speech explaining everything. He assured the public and media that the funds provided to the campaign were not used in any way for personal reasons. He closed his speech out by letting the world the only gift he got from political cronies know was a dog named “Checkers”, and he was going to keep the dog. 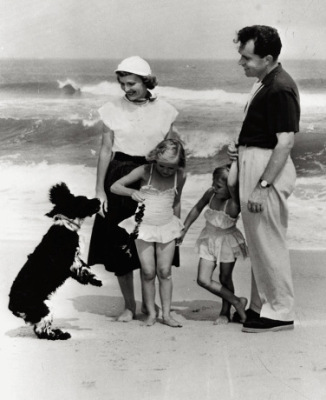 Nixon’s infamous speech quickly became known as the “Checkers” speech. This speech went on to be one of the best speeches in American History. Checker the cocker spaniel was known to be the “savior” to Nixon’s career. He loved his dog and even kept a drawer full of dog biscuits in his desk for checkers.

This holiday is dedicated to all dogs with parents in politics and is especially meant to honor the late “Checkers.” Today the public can visit Checkers gravestone in Long Island, New York. It goes to show you how big of a role dogs play in people, even politicians! 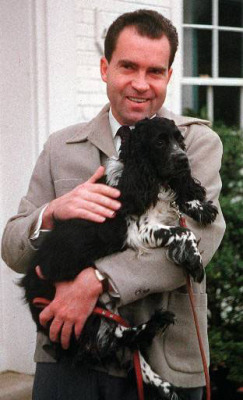