How To  be a parent to a Russian Wolfhound 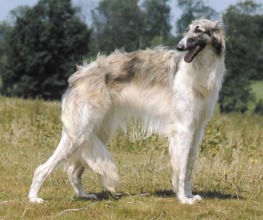 Be a fashion model, or the wife of an A-List actor, or an I.C.M. agent, or the heir to a sizable family fortune. Live in Manhattan, Connecticut, West Hollywood, or Palm Beach. Drive a Mercedes, a Porsche, or a Jaguar. Know Helmut Newton. Send your kids to Catalina Sea Camp or computer day camp. When you dine out, bring your dog back some medallions of veal or osso buco in a doggie bag. Furnish your house with brushed steel, blonde wood, and lacquer furniture. Collect art deco objets d’art. Hire a dog trainer referred to you by someone you met at the Moscow Ballet or an exhibition of illuminated French manuscripts of the late Middle Ages. Call home and ask how your dog is when you’re staying at the Hotel Splendido in Portofino or at one of the Hotel Manapany’s cottages on St. Bart’s.  If you should actually visit Russia, make friends with several Muppies (young Moscow urban professionals), shop at Moda, and exercise along with Natalia Efremova on her Saturday fitness show on TV. 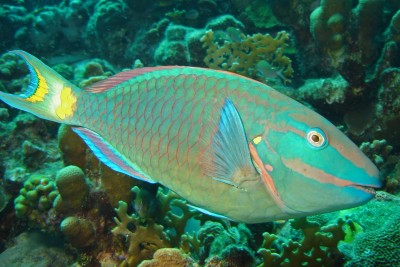 Have wonderful memories of vacations in the tropics and have tropical fish because they remind you of those times. Or be unable to afford such vacations and have tropical fish to sublimate the desire. Watch Jacques Cousteau specials on TV. Enjoy neon art and Fauvist paintings. Yearn to go scuba diving off the Great Barrier Reef or to investigate the Marianas Trench in a bathysphere. Subscribe to Ocean Realm and Islands.

Tell a friend who owns a Siamese cat that your Siamese fighting fish are really very affectionate, too. Think of goldfish as the mutts of pets. Have limited respect for most veterinarians because they won’t treat your animals. Wear Hawaiian shirts even in the winter, no matter where you live. Dream in three-strip Technicolor. 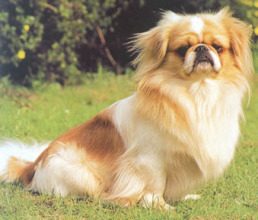 Tell people that Queen Victoria owned a Pekingese, but don’t mention that she also looked like one. Own lots of roll-arm sofas and easy chairs covered with doilies that you crocheted yourself.  Knit covers for your toaster and waffle iron.  Regard big dogs as rowdy and ill-mannered. Watch old Miss Marple movies with Margaret Rutherford and if possible look like Margaret Rutherford. Think of dogs who do tricks as vulgarians, but be reluctant to give yours any of the intelligence tests printed in pet magazines. Never let your dog outside, but if you live east of California, buy it a wardrobe of sweaters for the winter just in case. Point to all the lost pet notices on telephone poles as absolute confirmation that you should never let your dog go out into the world. Think that the “Stupid Pet Tricks” segment on Late Night with David Letterman is pathetic and demeaning. Call your dog “baby”, but cater to it as though it were old and helpless. When you call your dog “baby” and it responds by running around in a circle sixteen times, beam like the parent of a prodigy.

How To be a parent to a Parrot

Either be as indiscriminate in your love of animals as St. Francis and Dr. Doolittle, or be unaware of what John Huston (an animal lover) wrote about parrots in his autobiography—or be aware of it and think it’s a shame that he was allowed to play Noah in the movie The Bible.

How To be a parent to a Collie

Live on a farm in Scotland, Wales, or a  Midwestern state. Be a  son of a ranch owner. Talk to your dog the same way you would talk to a person, with full confidence that every word is being literally understood. Don’t understand the popularity of Benji, but resist telling people with a perverse smile that Disney is making a new movie called Herbie Hits Benji.  Be on a first-name basis with the local ranger.  Know how to apply the Heimlich maneuver and give artificial respiration to cows and hamsters. Wonder why Wally and Beaver didn’t have a dog. Enter a picture of your dog carrying a kitten by the scruff of the neck in a photography contest, but lose first prize to a picture of a German shepherd leading a blind person through heavy traffic. Take your dog as your date to a cattle auction, dressed in a pretty bandana (and do it even if you do get a date).

How To be a parent to a Persian Cat

Be a portly gourmet or an older woman who reminds people of the Queen of Hearts or Eleanor Roosevelt. Live in a Victorian house or a condominium and furnish your place with lots of Chippendale furniture and Oriental rugs. Name your cat after one of the characters in Shakespeare’s plays. Tell people that Queen Victoria owned a Persian cat decades before she owned a Pekingese. Also, don’t tell them that the head of S.P.E.C.T.R.E. in the James Bond movies was always seen caressing an ill-tempered-looking Persian cat. If you have mice, get plenty of mousetraps because you would never dream of expecting your cat to do anything as tawdry as catch mice. Have a clergyman over for tea. Read  “Goings On About Town” in The New Yorker regardless of where you live. If someone wants to give your cat a toy, mention that your cat prefers and is registered at Tiffany & Company. Think of catnip as a dangerous drug and circulate a petition aimed at stopping its sale.  Comb your cat’s hair nineteen times a day. Investigate the possibility of chin tucks, dermabrasion, and liposuction treatments for your cat as it ages.

How To be a parent to a Hamster 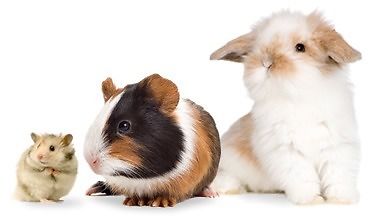 Live in an apartment building where the landlord doesn’t allow cats or dogs. Think small. Talk about how smart hamsters really are. Have a tiny household budget. Tell people that hamsters were revered in ancient Japan just as cats were in ancient Egypt and hope they’ll fall for it. Tell people that your hamster is pedigreed and hope they’ll fall for it. Watch your hamster run around on its wheel and think about moving to a building where cats and dogs are allowed.

How To be a parent to a Doberman Pinscher

Name him after a German general. Be a movie stuntman or a working man who drives an old pick-up truck. If you’re a woman, be a fitness buff specializing in cross-training, with a black belt in at least one martial art. Be thankful that pit bulls have taken the pressure off of Dobbies. At the video rental store, hide the cassette box of They Only Kill Their Masters.  Befriend a butcher.  Watch all of the cop shows on TV.  Complain that your breed’s photo is never used on dog food cans or other advertisements. Resent that golden retrievers get almost all of these endorsements. Think of German shepherds as grandstanders. Show nervous dates pictures of your dog as a puppy. Don’t leave the roast on the table when you go into the next room. Be proud that you’ve been able to teach your dog to count and believe that he’s probably smart enough to learn the new math. Feel a defensive twinge when you notice a can of Mace on the mailman’s belt. Ask why anyone would want to own a breed of dog they can’t touch without bending over. 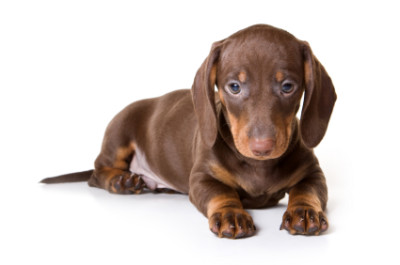 Have a great sense of humor. Tell intellectuals that you own a Procrustean dog and other people that you wanted a breed that wouldn’t have any trouble chasing its tail. Also hate jokes like, “Did you take your Doberman to a steam bath?” Be disgusted by your neighbor who ask you if you’d like “ketchup and mustard with your dog.” Whenever someone laughs at your dog, tell the story about Lincoln being asked how long he thought a man’s legs should be and his reply, “Long enough to reach the ground.”

Larry Tritten’s work has appeared in The New Yorker, Playboy, Vanity Fair, Harpers, and many other publications.