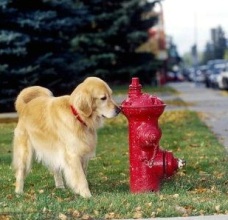 The scene is a familiar one: a dog approaches a hydrant, sniffs it, lifts his leg and … well you get the idea. While not exclusive to dogs, territorial marking is certainly one of the behaviors most commonly associated with them. The behavior usually consists of a dog depositing small traces of urine on a particular space, area, or object to claim ownership. It’s also employed to express sexual availability and to establish hierarchy. Although both canine genders are capable of this behavior, female dogs tend to perform it to indicate mating status and without the leg lift. 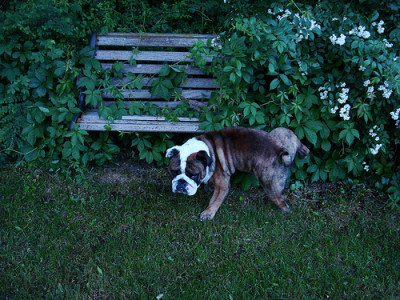 After territorial marking occurs, the pheromones and other chemicals in the urine work to communicate the dog’s age, gender, and social status to other canines. Dr. Nicholas Dodman notes that “these natural chemicals can be detected by members of the same species and will direct them to alter their behavior. The signal is akin to ‘trespassers will be prosecuted.’” While most dogs will respect marked territory, some dogs will actually try to take it over by masking the scent with their own urine. 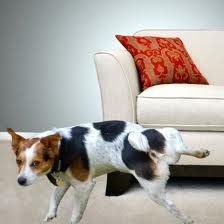 Since dogs mainly mark to make the claim of ownership, territorial marking could be easily viewed as just a need to display dominance. However, marking also occurs when a dog is distressed or anxious, usually due to an unexpected change in his home environment. For instance, if there’s a new baby or a new pet in the home, a dog might respond to the unfamiliar intrusion through marking indoors, thereby reestablishing some familiarity and stability in his environment. Other situations that would likely elicit marking from anxiety include changes in routine and unfamiliar noises in the house. 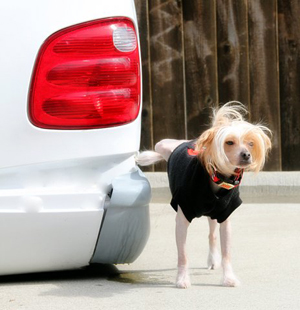 Owners usually don’t view marking as a big deal when their pets do it on the surface of a tree or a fire hydrant. It quickly transforms into something of an issue though when a table leg or a door becomes the target of their pet’s marking. Fortunately enough, treatment for this behavior is pretty straightforward; the most effective solution by far is to neuter or spay the dog. As Dodman observes, “Approximately 60% of ‘altered’ male dogs will cease urine marking within weeks or months of castration.” Of course, this method works even better when the dog is young, since the marking pattern hasn’t set in yet and the body’s hormones and natural chemicals will be nipped in the bud early on. Still, some neutered dogs will persist in marking due to stress and anxiety. In that case, eliminate the sources of distress as best as possible; if a strange animal outside is freaking out your dog, shoo it away and keep other lurking strays away from your home. 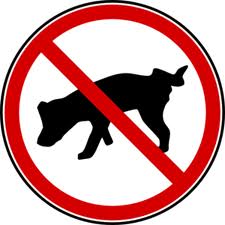 An alternative to neutering is to break the marking habit through vigilant supervision. If a dog begins to mark indoors, it should be quickly startled and interrupted. While this method takes a remarkable amount of time, patience and effort, it’s probably the most effective way to break the territorial marking habit aside from neutering. However, if marking occurs due to the rough integration of a new pet into a household, simply resolving the conflict between the two pets might just do the trick. 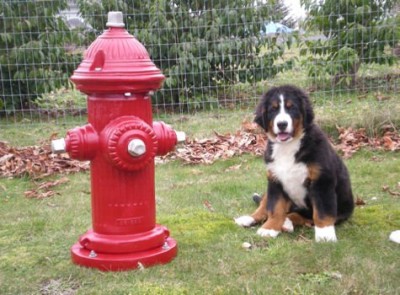