Almost every dog parent out there at one time or another has said to themselves, “My canine is quite clever, even downright smart.” Brian Hare’s  book, The Genius of Dogs, helps pet parents discover exactly how their dog thinks and why! Hare is fast and a smarty himself, he received his PH.D., from Harvard and is a professor of Evolutionary Anthropology at Duke University, where he founded the Evolutionary Anthropology at Duke University. He also founded the website Dognition.com; “For People, By Dog People.” 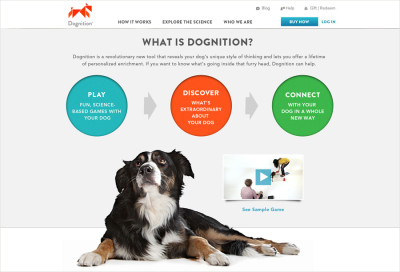 Brian Hare met his wife Vanessa Woods in the Congo. They work together on comparative studies and the cognitive development of bonobo apes, chimpanzees and humans. Woods, a former journalist from Australia, published a book about their marriage and work, titled; Bonobo Handshake: A Memoir of Love and Adventure in the Congo. 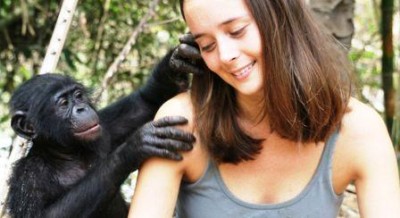 A bonobo is a chimpanzee with a black face and black hair, found in the rain forests of the Democratic Republic of the Congo. Bonobos are our closest living relative, but we still know very little about them. Sadly, as few as 10,000 are left in the wild, making them the world’s most endangered ape. Bonobos are quite special and also the most loving chimps. 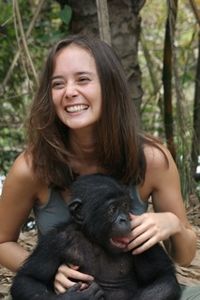 The Dognition website provides pet parents a unique experience by playing a series of science-based games that will reveal your dog’s unique abilities. It will be a real treat to discover what your four-legged furry friend is really thinking – maybe even about you!

Animal Fair Media’s Wendy Diamond sat down with Brian Hare for an intelligent chat about canine cognition and Dognition!

WD: What inspired your work with dogs?

BH: It was an accident really. I was working with chimps over 15 years ago, trying to figure out how they were similar and different to humans. There was this one task where chimpanzees had to follow a human point to find food. They weren’t doing very well, and I thought ‘my dog can do that’. I tried it with my childhood dog, Oreo, and he was amazing. That’s where the dog work began.

WD: What dog resides with you at home?

BH: I have a black shelter mutt called Tassie that we adopted from the Orange County shelter. Tassie is short for Tasmanian Devil, since he was a total hurricane as a puppy.

WD: How are dogs smarter than humans?

BH: Different animals are better at different things. It’s like asking whether a hammer is a better tool than a screwdriver, it depends what you need it for. For instance, dogs depend on their sense of smell, so they have a much larger part of their brain dedicated to olfaction than we do.

WD: What are three principals people can learn from their dogs?

WD: How are dogs similar to the Bonobos?

BH:  Bonobos are the dogs of the ape world. When it comes to aggression, the differences between chimpanzees and bonobos mirror those between wolves and dogs. Dogs and bonobos show much less severe aggressive than their counterparts. Feral dogs, believe it or not, have very rarely been observed to inflict mortal wounds on another dog. Instead of using physical aggression dog packs usually work things out by barking at each other until one pack decides to leave.

Feral dogs also have not been observed to kill the puppies of other pack members. As we have all seen, dogs are so tolerant they even let strangers sniff their bottoms. Less well known is that wolves do not tolerate this even from their own fellow pack members.

Adult dogs are more playful than adult wolves playing like juvenile wolves throughout their lives. Bonobo adults play with each other the way juvenile chimpanzees play with adults, initiating more play and using more play faces.

Also, feral dogs show more sexual behavior, including mounting and mating outside of reproductive seasons. As for bonobos, promiscuous, non-conceptive sex is what they have become best known for. Their sex lives make chimpanzees and even humans look dull.  Feral dogs are poor hunters while bonobos rarely have been observed hunting (in fact bonobos may be as likely to play with monkeys as they are to try to hunt them).

Physically, bonobos are more slender and have smaller canine teeth than chimpanzees. Although bonobos do not have splotchy coats like dogs, they can have pink lips as a result of loss of pigmentation around their mouth and a white tuft tail (chimpanzees lose this when they become juveniles).

WD:  What can people learn about their dogs from Dognition?

BH: We all know dogs are geniuses but the fun is in finding out how. Dognition.com  is where owners can find out the unique genius of their dog. You log on, play fun games with your dog, and at the end you get a personalized report that describes the cognitive style of your dog. Also, the data you enter about your dog is uploaded to a massive database that we can use to find out about all dogs. It’s incredibly exciting because we will be able to answer questions we’ve only been able to speculate on. Like which breed is the most empathetic or communicative? What are all dogs capable of?

WD: What is your favorite animal charity?

BH: The bonobos! We work at an orphan bonobo sanctuary in Congo, and they do wonderful work, educating school children about caring for animals – including dogs! www.friendsofbonobos.org. 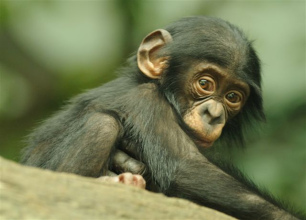 Don’t overthink the fact that your canine might be a furry Einstein (Treats = mc2), Take a look at Brian Hare’s new book, The Genius of Dogs and his website: Dognition.com – and simply find out!