Cats are known to have 9 lives, so why not live them to the fullest? My beloved RIP Blue Russian, Pasha, in his last few years had a few things left to check off on his bucket list! He had real deal kitty goals and he wants to share them. Remember: If your kitty doesn’t get to all of these in one life time, he has 8 more to try!

1. Go on a fishing trip to catch the freshest piece of salmon!

One of Pasha’s favorite types of food is seafood! And boy, does he love his salmon. One piece of salmon is great, but watching loads of salmon swim around in a school is like Christmas.

Living in NYC, it is not uncommon for mice to be scurrying about. Cats are the world’s remedy for this problem. It is no secret that cats love to chase mice, and Pasha is no exception to the rule. One day, he will catch a mouse…one day.

Indoor cats have the harboring task of walking around the house the entire day. They rarely get to interact with any other type of living thing besides their human parents and maybe another house pet. Pasha needs to up his kitty street cred and successfully hunt something! What will it be?

As an indoor cat, Pasha always tries to escape in an effort to explore that crazy world out there, beyond the doors of our home. He is yearning for an adventure (after he gets off his lazy butt because he’s been sleeping all day! Must be nice…).

Pasha always tries to poke his nose in to what ever I’m doing or eating. One day, he is going to swipe something when no one is looking. I wonder what that prankster is cooking up in that kitty brain of his.

This one has already been checked off Pasha’s bucket list. As my feline, he is no stranger to the lime light. But, this is all for the benefit of other senior kitties, because we want you to ADOPT! Pasha is the voice for the adoption of senior cats everywhere. 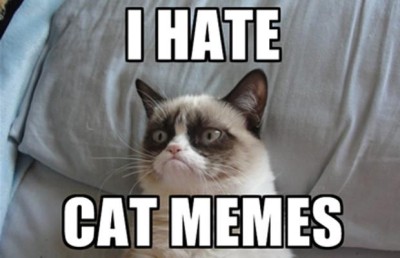 It is with great sadness that I would like to announce that Pasha, my purrfect Blue Russian senior cat, is nearing the end of his life. His liver and kidneys are not functioning properly, and was given a short amount of time to live. However, he hasn’t stopped purring! My handsome kitty is 23-years-old and was always happy to be behind the scenes of Animal Fair Media.

Behind the scenes and from the start of Animal Fair Media, there’s been a thoughtful and loving gentleman of a cat named Pasha Diamond. Pasha was slumming in the New York City’s Animal Care and Control Center, the only government funded animal shelter, before he met his soon-to-be mother, Wendy Diamond.

When Wendy met Pasha at the AC&C in 1999 he certainly wasn’t a young kitten, but she couldn’t resist his docile temperament, penetrating gaze, and endless supply of purrs and nuzzles. Drawing from her open heart and kindling her compassion for the underdog (or “undercat” in this case), Wendy adopted the gorgeous Russian Blue, in what truly can be called a feline fella’s Cinderella story.

Since the creation of Animal Fair Media, the number of animals euthanized yearly has now dropped to five million from a staggering 12 million.

Wendy now travels extensively across the globe promoting endangered and shelter animal rescue, sharing her amazing story of how Pasha changed her life, and connecting with fellow cat lovers. 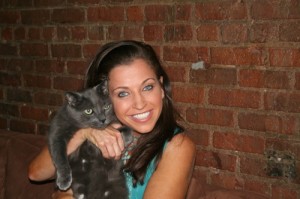 Pasha RIP is now in our prayers up in heaven, and we urge you to adopt so you can experience as wonderful of moments as my beloved cat Pasha has given me. I’m proud to call him my inspiration.

When you adopt a cat, you’re going to feel like you have 9 lives! Adopt HERE!