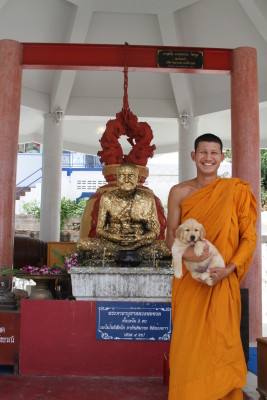 Enchanting Thailand consists of over 40,000 temples (Wats) and 95% of the population practices Buddhism. Buddhists believe in respecting and loving every living creature, which is a tenant that any animal lover can get behind! They also believe in reincarnation, and that many of us were once animals in a past life. 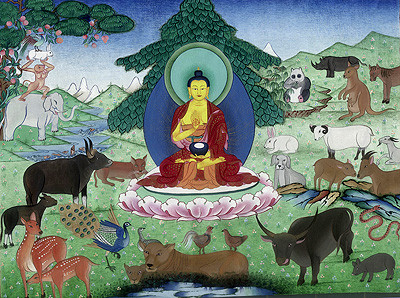 Thai Buddhists see human and non-human animals as closely related, with both having a Buddha-nature and the possibility of becoming perfectly enlightened. They also believe that the soul may be reborn either in a human body or in the body of a  non-human animal.

It is because of this philosophy that Buddhists are encouraged to love all living beings and should not restrict their love to mankind alone, an ideal that relates closely with karma. They believe in practicing loving kindness towards every single living creature. “All living things fear being beaten with clubs. All living things fear being put to death. Putting oneself in the place of the other, let no one kill nor cause another to kill.”- Dhammapada 129.

Animals need our sympathy. Every living thing contributes something to the world’s ecosystems, and they help maintain a balance of nature. It is unfair for humans to deprive them of their right to live. In fact, Buddhists go as far as to symbolize their animals. In Buddhism, the elephant is a symbol of mental strength. The revered elephant serves as a symbol of the calm majesty possessed by one who is on the path to enlightenment. Specifically, it embodies the boundless powers of the Buddha, which are miraculous aspiration, effort, intention and analysis. Truly a divine being! 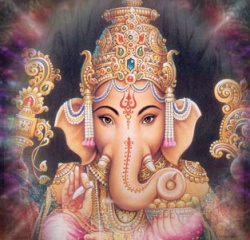 The Dog Buddhists believe that dogs are closest to humans in reincarnation. Doesn’t that actually make sense when you think about it? They’re very domesticated and wonderful companions! The Dalai Lama often kept dogs as pets and sent dogs as gifts to other kings. Two great sages in Tibetan and Mongolian Buddhism were intimately associated with dogs-Kukkuripa and Kukuraja.

The Monkey is another significant animal in the Buddhist teachings. Buddhist temples protect monkeys and the skill may be preserved after a monkey’s natural death. Maybe not something we’re accustomed to in the Western World, but certainly a sign of prominence for the Buddhist religion.

In addition, one of the more unusual poses that many westerners may not have ever seen before is The Buddha sitting with a monkey and an elephant, giving up offerings to him.  Animals share our precious world with us. Both Buddhism and Taoism preach that  every creature contributes something to the maintenance of our planet, destroying them is not the solution to overcome our disturbances. We should take other measures to maintain the balance of nature. Remember, you could’ve been an animal at some point before this lifetime, so share the love!

Buddhism is based on the teachings of Siddhartha Gautama, also known as Shakyamuni – sage of the Shakya clan or the ‘Awakened One’ of the Shakya clan. He is often pictured in the lotus pose, but there is a Buddha pose for every day of the week and everyone has their own “pose” that is determined by the day you were born. The Thai zodiac puts great importance on individual  days.

Many Thai temples have 8 small Buddha statues, often times with bowls next to them for money offerings. The money is used to maintain the temple. Which bowl you donate into is determined by the day of the week you were born. Though there are only 7 days a week, Thai people split Wednesday into 2 poses: those born before noon, and those born after.

Days of the week poses

For those born on a Sunday, your Buddha poses standing upright, with his arms crossed over his abdomen, with the back of his hands facing out. The eyes are wide open. This pose symbolizes mental strength. Monday’s Buddha has his right hand raised in the pose of Preventing Calamities of Preventing Relatives from Fighting. On Tuesday, the Buddha lies on his right side, with his right hand tucked under his head, and the left hand lying along the left side of his body. Wednesday, before noon, Buddha is posing with both of his hands carrying an alms bowl in front of his chest. Wednesday, after noon, Buddha is with a monkey and an elephant. The animals are giving an offering to him. Thursday is the Buddha in meditation. The Buddha sits in the lotus pose with his hands resting in his lap, with palms facing upwards. On Friday the Buddha is standing in contemplation. Both of his arms cross the chest, with the backs of his hands facing outward. Saturday the Buddha is seated under a Naga, which is a seven headed serpent), meditating. In this position he is being protected from falling rain by the Naga.

Buddhists believe in Karma, a cause and effect consequence of our behaviours, including those behaviors from our past life. Most importantly Karma emphasises the importance of our actions and our need to be responsible for them. Karma is effected by both present and past incarnations. If someone is bad in their current life, they could be reincarnated into a horrible world, but those with good karma will not face the same fate.

Especially true of the Bodhisattvas of Mahayana Buddhism, the religion of “Great Compassion” and the sutras that command respect for all life is an ideology and way of life that gives all animal lovers, world wide, something to chew on!

To explore the beauty in Buddhism and the culture visit Thailand.