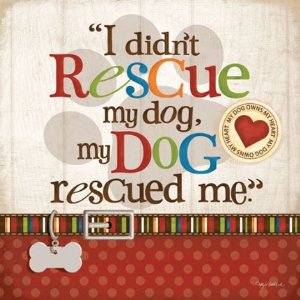 You’ve had a rough morning; your train was late and you had to run through a torrential downpour just to stumble in the door; drenched and panting. Now it’s lunchtime and your favorite café is packed. All you can think is “man, today sucks.” But then you approach the counter, order, and pull out your wallet to pay, the cashier hands you a slip of paper on top of your takeout box, saying “The guy before you took care of it.” Shocked, you look down at the paper lying on top of your lunch; it simply reads ‘Pay it forward’.

We’ve all heard of humans paying it forward; someone does an unexpected kind deed for us asking for nothing in return; just that we do the same for the next person. And thus, a world changing movement begins with a single book. Since her novel, Pay It Forward, took off, Catherine Hyde, has travelled for her coinciding Pay It Forward Foundation to visit schools around the country, and speak to the students about their ideas about how to change the world. It was a young man from a middle school in Bakersfield, California, who brought the most interesting idea to her attention; can animals be a part of the Pay It Forward movement too? 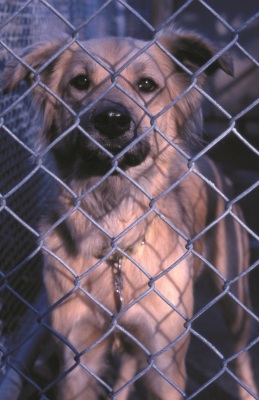 The answer, according to Hyde, is yes. “The idea of Pay It Forward is to pay it forward to someone who can do the same for someone else, and animals can do that,” she claims. Every year, we hear more and more stories about how pets save the lives of humans who originally saved them. Hyde happens to be an example of a few such cases herself: “Many years ago I rescued a small lab mix from a pretty bad situation. I mean, we’re talking severe neglect. Jenny looked ordinary enough on the outside, but that dog was smart. My sister used to say, “I wonder who’s really inside that little black dog suit.” I had no room in my home for another dog, so I got her a “job” doing pet therapy in a nursing home. She slept in the director’s office and made her rounds every day, visiting residents who didn’t get many other visits. About a year later the home closed its doors.  I’m not sure what happened to the residents, but I bet they didn’t forget their pet therapist. I know what happened to Jenny. She came home to me, and I stretched the household to fit her. It was a blessing in disguise. She was an unforgettable dog; right up until the day she died.

Jenny wasn’t her only rescue pet that made a huge turn around in her life. Hyde’s next dog, Jessie, was also an unlikely fit.”Let’s see…how do I describe the Jessie I first met? Let’s just say she wasn’t voted most likely to get adopted. When I asked the shelter worker to take her out of the cage, he gave me a puzzled look and said, ‘That one?’  Yes, that one. ‘The one with her ribs sticking out; the one with hair on only ten percent of her body?’ he asked.  ‘You heard me correctly,’ I said.”

After taking Jessie out and seeing what an awful shape she was in, Hyde put her back. She didn’t know if she could handle the kind of care that dog needed. However, upon going to another shelter and meeting a flawless looking Aussie puppy, she quickly changed her mind and went back for her mangey mutt. “I told him, ‘I’m going to put you down now, and someone else will come for you. Everybody wants you. I’m going back for the one who doesn’t have a chance.’” She took her to the vet, started her on meds and fattened her up; helping her become the beautiful dog on the outside that she’d always been on the inside. Hyde later rescued a tiny terrier mix who she’d found running through traffic, and grumpy bird named Ziggy, who also proved to make her life better.

Hyde is only one of the few people whose lives have been saved by their pets; rather than the other way around as they had originally thought. One such tale took place in New York, involving a twice-abandoned pit bull named Gee Whiz. It would seem that third time’s the charm; he finally found a forever home in an active family with children. Four months into living with them, the mom woke up in the middle of the night feeling extremely sick and groggy because Gee Whiz was barking frantically and wouldn’t stop. The pup wasn’t normally a very noisy dog, which hinted that something wasn’t right. She quickly discovered that the entire family had passed out from deadly propane fumes. Thanks to Gee Whiz, emergency personnel was able to arrive just in time to save them, all because the pup had returned the favor they had given him.

Scott Cohen, from Massachusetts, had a similar experience with his adoptive pooch, Max. The shepherd/collie mix had been found in a cardboard box on the street with six other puppies in New Mexico, and then was transported to Northeast Animal Shelter in Salem, where Cohen adopted him. Since Max was a rambunctious puppy, he was taken on weekly outings with a dog walker while Cohen was at work. It wasn’t until they’d done this multiple times that Max was forced to behave as a hero. The dog walker had taken several pups to a park on a cold winter day, and was caught off guard when one, and then all of the dogs except Max dashed onto a frozen pond, and then proceeded to fall through. The dog walker quickly jumped in after them and began pushing them back onto land. However, by the time they were all safe, he had no energy left to pull himself out. Hearing him yell for help, Max lowered his body, slid across the ice, and when the walker had gotten a hold of his collar, he pulled him out to safety. After hearing what Max had done, Cohen was proud but only a bit surprised; “I didn’t see it coming, this saving a life, but I wasn’t really surprised.”

Max, like so many other adopted pets, paid it forward; their owners did a good deed by opening their hearts and their homes to them, and in return, the pets gave back a trifold. Not only did the animals bring joy, companionship, and unconditional love to their adoptive families, but many also saved their owner’s lives in one way or another; some saved from danger, others simply gave them something to live for. Either way, it’s been proven that even when it comes to pets, what goes around comes around. And you should always Pay It Forward.

Catherine Ryan Hyde is the author of the story collection “Earthquake Weather” and the novels “Funerals for Horses,” “Pay It Forward” (now a Warner Brothers motion picture) and “Electric God.”  She lives in Cambria, California. Check out the ‘Pay It Forward’ foundation website.

Also check out the ‘Pay It Forward Animal Welfare Network‘, a foundation dedicated to helping homeless and abandoned animals who are in need of fostering and adoption.