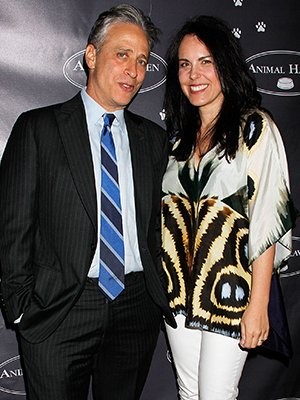 Jon Stewart and his wife Tracey are teaming up with Farm Sanctuary and opening an animal sanctuary! They recently bought a New Jersey farm which will be a new home for hundreds of animals rescued from cruelty.

Meredith Turner, spokesperson for Farm Sanctuary said of their new rescue sanctuary: “We are ecstatic that there are people in the world like Jon and Tracey who care about the plight of factory farmed animals, and we encourage others to join them in support of Farm Sanctuary’s efforts to rescue, provide shelter and advocacy for these beautiful individuals.” 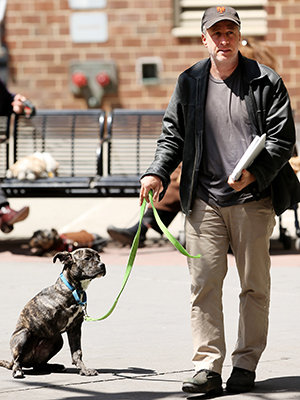 The entire Stewart clan are animal enthusiasts and rescuing animals is a family affair! Jon started helping Animal Haven after he visited one of their shelters where his children volunteered. He was so moved and inspired by the efforts of the organization that on his very first visit he adopted an adorable puppy, his three-legged pit bull named – Champ.
“It was a good move on Animal Haven’s part,” Stewart said smirking with his famous grin, “They put him right next to me and I was like, yeah, this is our dog now.” 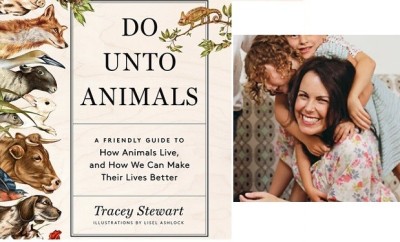 Jon’s wife Tracey became a veterinarian tech after her career as a graphic designer. She has worked at the Bronx Zoo, and helps at veterinary clinics. Artisan Books announced they’re publishing Tracey’s first book, Do Unto Animals, on the shelves in October. The book will feature 300 pages of barking illustrations by artist Lisel Ashlock and provide readers “insights into the secret lives of animals and the kindest ways to live with and alongside them.”

Stewart was a big fan of creating a dog nirvana work environment when hosting the Daily Show; “Dogs are allowed at my work,” Stewart chuckled. “Because people are, you know, meaner.”

We wish Jon & Tracey Stewart much success with the launch of their new rescue farm – and you know it’s going to be a fun and furry daily show sanctuary!

Click here to find out how you can volunteer or donate to Farm Sanctuary!