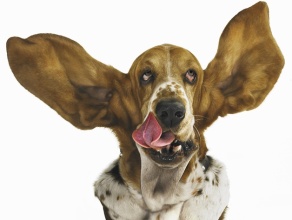 Having taken his first photograph with a Kodak instamatic at the age of nine, Gandee Vasan inherently knew he was destined to become a photographer. Although he spent his early years composing portrait paintings, the Sri Lanka native gives credit to his canine cohort, Basil, for introducing him to his now-natural calling: photography. All it took was a single visit to the dog groomer.

“The line-up of dogs being groomed had me utterly enthralled. Their expression as they were being blow dried, and the pain on their faces as the comb got stuck in their hair was, well, very human. Fascinated, I asked the owner if I could spend a day photographing the dogs. I had a good feeling about the series of pooch portraits I’d taken on those two days.” 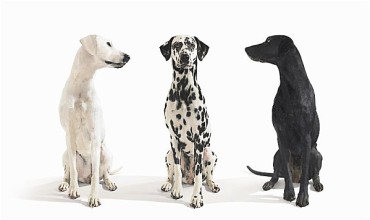 Vasan’s “good” feeling may have been un understatement considering the portraits garnered him major accolades in London and New York. They were also published in Photo District News magazine, which eventually led to a book deal.

“I have done pictures of animals before, but I didn’t embark on a large number of pictures of one animal. The dog series of images was done for a book project: Dog Days which began with our family pet, Basil.” 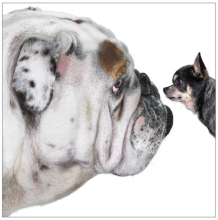 The Kingston University graduate is also known for his close up snapshots which compare to his idol (only after Basil), Chuck Close. “He [Chuck close] did these giant pictures several meters high of faces and magnified every pore of the skin” says Vasan. “I felt it would be interesting to take pictures of the dogs in the same way.”

Upon realizing an extension to his creative talent, Vasan, who currently resides in England, is now solely concentrating on photography. “I’m very fortunate,” says Vasan. “As Britain is, of course, a nation of dog lovers, and therefore a perfect place to photograph a multitude of dogs! The question I’m left with is: Now, will I ever find a human face as interesting as a dog’s?” 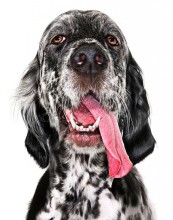