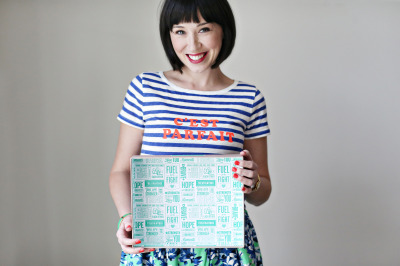 Design and styling connoisseur Kimberly Fink transformed her experience with cancer into a mutually beneficial business idea. After her cancer diagnosis at age 32, many of Fink’s friends wanted to continuously provide encouragement, but were unsure one the best what way to do so.

While in remission, Fink birthed the cleverly named Treatmint Box – a subscription box filled with gifts tailored to the needs of cancer patients such as pretty scarves, nice soap, or tea accompanied by a cute mug with words “Be Brave” on the side. “I found many people wanted to support me, but weren’t sure how to continue that support after the initial phone call or card. I created Treatmint Box to provide an easy way for friends to give continuous support month after month” says Fink. 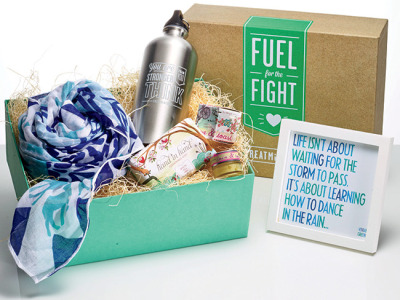 Fink notes that Treatmint Box represents much more than the goodies inside, “I wanted to create a way for friends to connect when they don’t know what to say or what to do.” Although she never would have guessed she would one day design these special boxes, Fink loves supporting the cancer community, “Cancer is one of those things that you never think will happen to you until it does. Once I was in remission I knew I wanted to continue to be apart of the cancer community. It can be such a lonely experience, so I wanted to use my skills to bring a little bit of comfort to patients and their families.”

In addition to Treatmint Box, Fink eagerly supports multiple cancer charities including St. Jude’s, Alex’s Lemonade Stand, Living Beyond Breast Cancer, and Livestrong. She particularly loves the charity Athletes for Cancer – an organization that plans fun trips for Cancer survivors. “I learned to surf with them in Maui and it was such a source of renewal for me. I draw on that experience a lot, even now three years later” says Fink.

Proud parent of a silly Boston terrier named Miss Daisy, Fink also avidly supports local animal rescue groups in Philadelphia with her veterinarian husband. She did not adopt Miss Daisy, however, “My brother asked us to watch his dog for a few weeks and we got so attached we just couldn’t give her back! She was a new puppy at the time so he offered to just let us keep her.” Fondly calling Boston terriers “the clowns of the dog world,” Fink enjoys exploring the city in search of Japanese candy on her vintage Schwinn with Miss Daisy in tow. “She’s a constant licker. I’ve woken up in the middle of the night to find her licking the wall! She drives us crazy, but we couldn’t live without her” says Fink on Miss Daisy. 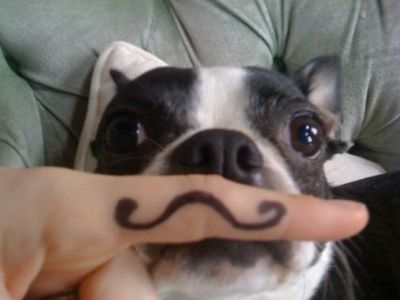 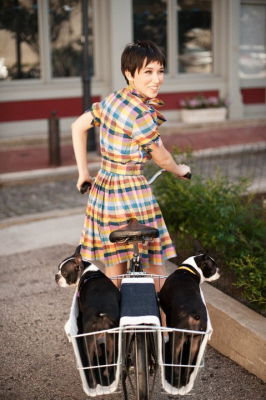 You can buy this month’s Treatmint Box – filled with comforting and uplifting items – online by clicking on this link: http://treatmintbox.com. Use promo: womenwow to get a FREE additional box added to your 3-month subscription (FREE box will show in cart as .50 discount).