The Symphony Animal Foundation Has Some Unusual Fundraising Tactics

Laraine Russo Harper is just your typical animal lover: she has eight dogs and a miniature horse, all of which were rescues. Her small town of Pahrump, NV, had lots of animals roaming through the desert plains, and while it was great to allow her animals to roam freely with plenty of room, it also broke her heart to see so many people abandon pets and farm animals in the desert once they could no longer take care of them. With only a small animal shelter in town, there just simply weren’t enough resources to extend a home to every abandoned animal. The stray dogs and cats had a small chance of finding a home at the shelter, but other abandoned animals were turned away. “There are a lot of different breed rescues. But there is no rescue where you can take an animal that is abandoned or people can’t hang onto them for whatever reason,” Harper said.

Harper decided to make a change in Pahremp: she made plans to open the first no- kill shelter in the area, and it was to be open to all animals, not just cats and dogs. The Symphony Animal Foundation, named after two of her St. Bernards, Beethoven and Mozart, opened its doors in 2008, and has been expanding rapidly ever since. The no- kill animal sanctuary opened its doors as a way to support the local animal shelter, taking in larger animals that the shelter would have had to turn away; hopefully, the arrangement will decrease last year’s number of euthanized animals from 1,900 to zero. The foundation also hopes to make long- term changes in the community through education for new or potential pet parents: “It’s so important to get the right dog with the right family so they don’t end up back in the shelter,” Harper said. 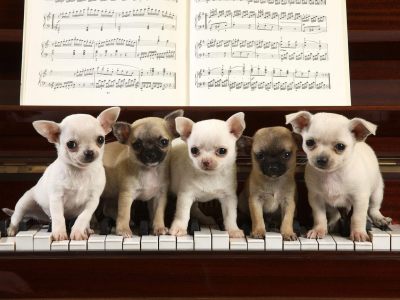 The Symphony Animal Foundation has been getting some help with making ends meet: Nye County, the county in which Pahremp is located, has leased two acres of land to Harper for the very charitable rate of $1 per year.

The most unusual source of funding for the unique foundation? Laraine Russo Harper decided that she would donate ALL of the profits from her book to the organization. That the animal lover would invest in her charity is no surprise, but the content of the book may come as a surprise: Harper’s book, “Legal Tender”, details her experience working as a madam for a legal brothel for six years! Luckily for all of the homeless animals in Pahremp and the volunteers at the foundation, the book is a success!

Only in Nevada, folks.