A family fed up with people using FAKE service animals rallied with hundreds of families from across the country on behalf of service dogs and wounded military veterans!

David Rogers, who received a traumatic injury while serving in the military five years ago, and his mother Lauri stood before dozens of people in the shadow of the U.S. Capitol Building and testified to lawmakers how vital their service dog, Jersey, is to David’s health. “They were very interested in David’s story,” Lauri says. “They wanted to know about his use of the dog and how Jersey has enabled him to recover.”

Petsmart and the nonprofit group Canine Companions for Independence joined the Rogers’ in advocating that service dogs should be provided for every returning soldier who needs one. “They’re coming back with horrendous injuries that require the assistance of a dog,” says Corey Hudson, the CEO of Canine Companions for Independence. For the Rogers’, and many others, the rally was about something more…

A guide dog is basically sort of like my eyes,” said Theresa Stern, who is blind and has been relying on her service dog, Dario, for 7 years now. “I tell my guide dog to follow the person in front of him to where we are going. It helps me not to run into stuff or fall down stairs.”

Stern, among the Rogers’ and many others in the disability rights community who rely on dogs, are concerned. She says, “More travelers are bringing their dogs to airports and passing them off as service dogs when they’re actually just family pets!”

An investigation revealed that there are no laws or regulations concerning service animals needed for the disabled. Anyone can buy a vest or badge online and claim their untrained pet as a service dog. Therefore, allowing them to cut in line, receive special benefits and carry their pet wherever they want. “We call it bogus and fake,” Hudson says. “They don’t care.  They’re just out to make money.  It’s as bad as somebody parking in a disabled parking spot.” 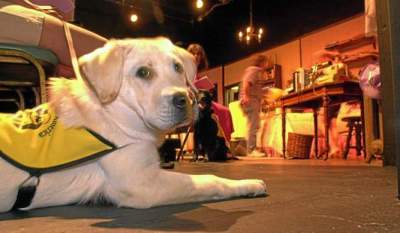 Canine Companions for Independence says they’ve declared war on the fake service dog industry.  They claim people with disabilities, like David, are hurt by impostors.

While in Washington, ABC 8News Senior Reporter Nate Eaton called, emailed, visited offices, and stopped lawmakers in the halls to ask their take on the subject.  None of them were aware of the ongoing problems with service dog regulations. Canine Companions agrees, “We petitioned the department of justice on several occasions,” Hudson says.  “It’s shameful and we think something needs to be done!”

Volunteers are crucial to the success of Canine Companions, relying on their enthusiastic participation in countless other ways, including fundraising, special events, campus tours, washing dogs and administrative assistance! Contact you nearest regional center to learn more about volunteer activities in your area. 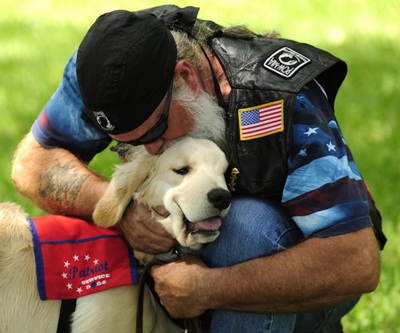 The Rogers’ say this won’t be their last trip to the nation’s Capitol and they plan to continue to advocate for laws and regulations!