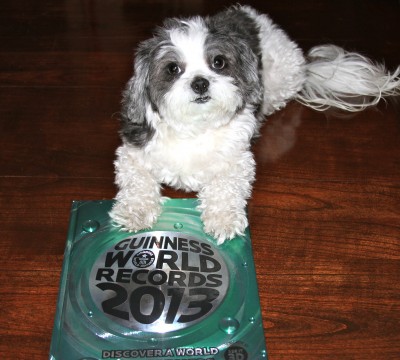 Nowadays it seems as if every where I turn, a new popular pooch is popping up out of nowhere. Thanks to social media, it is now easier than ever for anyone to gain a fan base (and, I use the term “fan base” very loosely). The animal world has become a community, using Grumpy Cat (Tartar Sauce) and Marnie the Dog as the mascots. 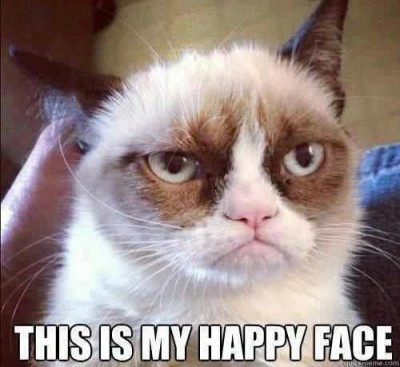 As a proud pet parent of a few well-known animals, I’m here to give you the real scoop on how to make your pet famous on the Internet. Firstly, there are a few tactics that your animal must use to begin his or her journey to celebrity:

1. Have a famous parent

This one is probably the most effortless tactic. If you’re reading this and your occupation reads “celebrity,” then you are in luck! Your privilege just rolled over (pun intended) to your pet. Anyone that has 5,000+ followers on any social media platform is considered “Internet famous,” so if you at least have that, then Step 1 is complete. If you fall into this category: adopt yourself a pet (if you don’t already have one), make them a Twitter/Instagram/Facebook/Vine/YouTube account, and watch the followers and likes roll in. You really do not need to do much else (posting content is encouraged, but optional).

2. Have a functioning handicap, disability, or quirk

This is optional, but it does benefit to pull on the heart strings of your audience. Let’s face it – functioning pet handicaps are endearing. Tuna the Dog, a former orphan, is most known for his extreme over bite. He loves to promote positive body image especially in photos like this one: 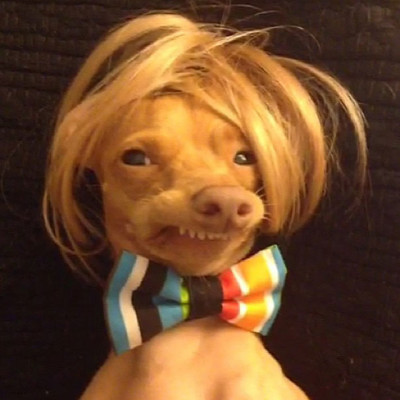 Marnie the Dog’s tongue permanently hangs out of her mouth. She was adopted as a senior dog from a shelter, after she was found on the streets of Connecticut. No one really knows her entire story. Whether her tongue is a handicap or a quirk, it is endearing and funny. Her audience loves it. The same thing goes for Grumpy Cat. He just always looks angry. That’s just his face, though. Nonetheless, people go crazy for Grumpy Cat. Long story short, if your animal has a unique quality (whether it’s their size, number of limbs, etc.), people will eat it up. Commence the followers. 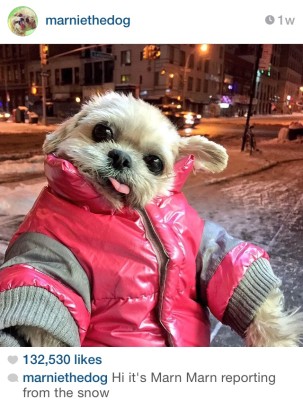 3. Have a publicist parent

This is kind of related to #1, but there is a difference. Celebrities are celebrities mainly because they have good publicists. Publicists are the ones that manage the media attention for their client, whether they have two legs or four. These people know the ins and outs of marketing a client. If your occupation reads “publicist” and you do not already have several social media accounts set up for your pet, then you are already three steps behind. Luckily for Toast Meets World, he has a quirk, the famous comedian for a father (Step 1) and a publicist parent, so it is clear that fame was inevitable.

Just as a note: Toast’s father is Josh Ostrovsky, otherwise known as “The Fat Jew.” 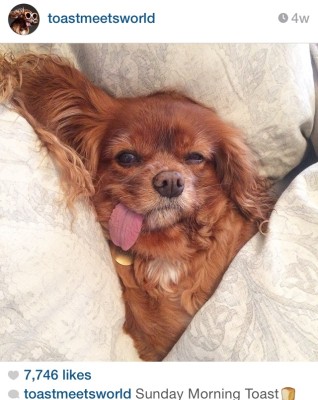 Marnie the Dog doesn’t have a publicist parent, but she did hire a publicist (which a great option, if you own a pet but you grew up to be a teacher, or something). That’s the second best thing to having a parent that is already a publicist. Boo the Dog, is another famous cutie who gained stardom through Facebook. How so? Her mother worked for Facebook! It’s all about connections (and being adorable).

However, there are exceptions to the rules (or maybe just our rules). Animal Fair Media‘s very own Baby Hope doesn’t know what a publicist is. She has created her celebrity all on her own by holding the Guinness World Record for having the Most Expensive Pet Wedding costing $158,187.26, all to raise awareness for the Humane Society of New York. She is an advocate for pet adoption (and cuteness!).

She, herself, is an adopted senior pet. She is a teacup-sized Coton de Tulear and Shih Tzu mix. Her sister Lucky, who unfortunately passed, was the inspiration for Animal Fair Media, and here we are today! Baby Hope has also raised $250,000 for K9s For Warriors, which rescues dogs from shelters prior to being euthanized and trains them to be service dogs for veterans with PTSD and Traumatic Brain Injury. With 600,000 followers on Facebook, Baby Hope is constantly being watched. Everyone is waiting for her next move (which is probably going to be a nap – charity is tiring).

We think that Baby Hope is the cutest pet celebrity out there, but we may just be a little biased (just a little!). With the right gimmick, any pet could become famous! Do you have what it takes?

Adopt your next furry celebrity HERE!