We all know that cats go crazy for catnip. It comes fresh, dried, in pellets, and even in sprays and oils, and it seems to be the ubiquitous star of all feline fantasies. And while most pet parents are familiar with this completely legal kitty narcotic, the truth behind catnip is a bit more complex than your feline’s lazy-eyed, drooling face may lead you to believe.

Catnip most commonly refers to the Nepeta Cataria plant, but the term can be used to describe any member of the 250 species in the Nepeta genus of plants. All plants in this category are able to produce identical or similar effects to the Nepeta Cataria and thus we get a broad and somewhat loose definition for what can qualify (and be sold as) catnip.

Catnip can have a variety of effects of cats. It can act as a stimulant, or a sedative, and can even produce aggressive behavior. The key to how catnip will affect your cat, or if it will affect them at all, lies in their genetic code. In fact, a full 1/3 of all cats is not affected by catnip at all, and no cat responds to catnip until they reach sexual maturity with some cats losing their affinity for the plant when they reach old age. This has led some to believe that catnip produces the same effect on cats as pheromones from the opposite sex, but since both male, female, and unsexed cats all respond equally to the Nepeta genus of plants, the jury is still out on the exact appeal of the plant.

This equal opportunity drug works across the entire feline spectrum affecting not only housecats but also their more fearsome cousins like lions and tigers and other big cats. The effects and effectiveness of catnip is directly linked to DNA, which allows the cat to respond when the odor of the catnip reaches the feline olfactory system (that’s the part of their anatomy that control the sense of smell). Interestingly enough, even cats that cannot smell are still affected by Catnip. This can be a hard concept for humans to grasp as we do not generally receive any sort of emotional input from our sense of smell, but for animals that rely more heavily on their noses this is not an uncommon phenomenon.

The active ingredient in catnip is a substance called nepetalactone, which is secreted via the plants leaves and stems. Nepetalactone has a minty smell to humans and is released when the plant is crushed, perhaps explaining the feline tendency to bite and swat at fresh growing catnip. 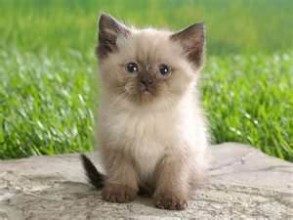 The effects of the catnip last approximately 5-15 minutes after which the cat will usually have an hour or two window before they will be attracted to the catnip again. Catnip is not harmful and neither you nor your cat can overdose on the Nepetalactone within. And while catnip’s effects may be safe around the clock, overindulgence in the actual ingestion of catnip can lead to unnecessarily aggressive behavior along with vomiting and diarrhea, so be sure to monitor your cats as they get their Cheech and Chong on.

In addition to making your cat go loopy, Catnip has a variety of other, interesting uses including human consumption. For humans, the plant’s oils act as a mild sedative, painkiller, and healing agent. Catnip is also antibacterial and can be applied to a mild wound to stave off infection, making it extremely popular in homeopathic remedies. It’s slight minty flavor and scent have also contributed to catnip’s use in soaps, soups, salads, and even as a meat tenderizer. And one final use, rounding out the plants extreme versatility, is that catnip acts as a bug repellant 10 times stronger than DEET!

Catnip may just be the feline world’s best kept secret, but before you go dipping into your cat’s stash, be sure to know where your catnip is coming from. Catnip is a relatively durable plant that grows easily and commonly across the country. And while this means that a catnip shortage does not look likely, this also means that the chances of your catnip having been harvested from a garbage dump, a railroad track, or any other unsavory location are remarkably high. As a product designed for animal consumption, the harvesting, packaging, and distribution of catnip is not monitored by the FDA and as such it is important to be a perceptive pet parent when purchasing this plant. Luckily, there are certified organic brands of Catnip just a Google search away that are safe and healthy for consumption by all species.

Another worry comes in the form of filler. Since we live in a Catpitalist society it should come as no surprise to learn that many manufacturers dilute their product with filler weeds that have none of the potency or potability  of pure 100% catnip. When purchasing, look for catnip labeled as such and check for a deep green color and a strong minty smell that should permeate through the packaging. And if it isn’t strong enough for a human nose, then it isn’t good enough for your cats’

Catnip can stay fresh in a common household freezer for up to one year so long as it remains out of direct sunlight as the Nepetalactone within is sensitive to ultra-violet light and will lose it’s potency over time.

With so many ways to play catnip really is your cat’s best friend. It’s safe, aromatic, and it makes your cat feel great, so keep you cat purring with the purrfect catnip for them and they’ll be meowing for more in no time!

For the Best that Pet Lifestyle and Animal Welfare has to offer follow Wendy Diamond on Facebook, Twitter, and right here at AnimalFair.com! or more details on how to keep your cat purring!