Imagine endeavoring to prevent a dog from barking, let alone a cat from meowing – sounds like an impossible task, as any pet parent will testify. But these are just two of the many strange and wacky pieces of legislation that were written and sanctioned long ago, before humans recognized the injustice of their ways, or rather, before the professional governing bodies intervened. Prior to that time, the responsibility of implementing new laws was generally left to local townspeople or members of the clergy whose legal knowledge was rudimentary at best. Suffice to say that many of the laws were written for the protection and welfare of the animals and have long since bitten the dust, but several have maintained their place in the historical archives. And so, until mankind gets around to physically extracting them, they remain to provide us with a brief look into how life once was for our friends in the animal kingdom as well as some light-hearted and entertaining reading! 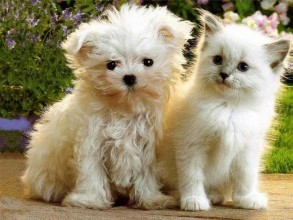 While the following laws do seem rather bizarre, they have all been gleaned from various legitimate sources and although devoid of an actual date, let alone a reasonable explanation as to why they were scribed, they are all genuine. So whether you have a rabbit, dog, cat or even a pet snake, check out your local city hall before you let them roam free – it might just save you a trip to the county jail!

In the 21st century, it is not unheard of for people to own unusual pets, but years ago legislators banned anyone in the sunny state of California from owning snails, sloths or even an elephant as a pet – imagine feeding an elephant let alone housing one! “Love me, love my pet frog” – unless you happen to live in Memphis, Tennessee and allow your frog to croak after 11p.m. In that case, you are breaking the law. While we’re on the subject of noise curfew, in Kenilworth, Illinois an ordinance was passed stating that a rooster must step back 300 feet from any residential property should he wish to crow. Additionally, hens had to stand approximately 130 feet away from a residence before they dared open their beaks. So, who’s measuring?  And, if you happen to own a duck in Essex Falls, New Jersey, you will be prosecuted if you allow it to quack after 10 p.m. in the evening, no matter how cute and cuddly he is.

Those noise curfew laws are nothing compared to these obscure little gems. Take for example, the state of Oklahoma where it was decreed that fish may not be transported in fishbowls while on a public bus. Why? Apparently the noise of the water swishing was considered a distraction to fellow passengers. And while you’re in Oklahoma, don’t even consider plying your goldfish with alcohol. It is strictly illegal to this day. This could well relate to the known fact that rather unscrupulous anglers would actually drug fish with alcohol in order to catch them. Fish gotta swim, birds gotta fly, and in Hawaii they gotta be left alone! Legal officials sought to instigate a law making it a crime to annoy birds found in the limits of any public park in Honolulu. Think that’s absurd? In Utah, all birds have the right of way on motorways, while in Baltimore, Maryland the law prohibits anyone from giving their pet parrot away and rightly so – it might relay a few secrets to its potential new owners.

For dog parents, the legal archives are awash with legislation pertaining to our four-legged friends. In the township of Madison, Wisconsin, dogs are prohibited from “worrying” the squirrels that reside in the park by the Capitol building. In the state of Los Angeles, “it is a crime for dogs to mate within 500 yards of a church and breaking this law is punishable by a fine of $500 and/or six months in prison.” We’re still unclear as to whether the prison is for the owner or the dog.

In Norway a law was passed in which female dogs and cats could not be spayed, however, owners could neuter the male of the species. Hmmm. Maybe those Norwegians were on to something! There are also those odd occasions when some of the laws were incorrectly written down, such as “No dog shall be in a public place without its master on a leash!” This was actually taken from the historical archives of Belvedere in the sunny state of California.

Long before motor vehicles became the main transport of the road, many people had to walk or rely on horse and buggy to get around; consequently, many of the laws relating to horses originated around that time. One particularly archaic law found in the chronicles of Omega township in the state of New Mexico reads “Every woman must be found to be wearing a corset when riding a horse in public.” Talk about the cruelty of fashion! If that wasn’t bad enough, a physician was required to inspect each female on horseback in order to ensure the woman was complying with the law. Thank goodness this law, and corsets, have died a well-deserved death.  Yet some of the laws are still respected in many small communities like in Omaha, Nebraska where a hitching post must be found in the front yard of every house or in Hatfield, Arkansas where it is illegal to keep your horse overnight in any garage within the limits of the community. In Vermont, legislators deemed that selling a horse’s urine requires a license and in Washington D.C. there is a strict ordinance banning the cutting of a horse’s tail.

Not many people are fans of rodents, but according to lawmakers in Cleveland, Ohio, one cannot set a mousetrap without a hunting license and in Denver, Colorado it is illegal to mistreat rats; a law that might be a hard sell in New York City! Last, but not least, which is more bizarre – the fact that there’s an ordinance in Key West, Florida that bans turtle racing within the city limits or the fact that turtle racing is a sport? There’s two to one odds on the turtle “Shell’s Kitchen” to win the race, but it’ll take a couple of days for her to cross the finish line!