Every day, dogs are “rescued” off the street and whisked away to shelters, where volunteers with utmost intentions care for these canines until a caring, loving owner can bring them home.  In an ideal world, the master quickly forms a bond with their four-legged companion, and the two live happily ever after.  Unfortunately, this is not always the case.  Unfortunately, at shelters, dogs are placed in close quarters, and sicknesses are likely to be passed from animal to animal. 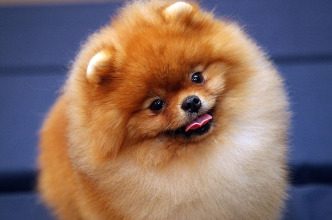 The most common illness, as well as one of the most fatal, is parvovirus disease, a virus attacking the lining of the digestive system.  Parvo lurks in the feces of other dogs.  If it sticks to the hair or feet of infected dogs, the virus can live up to five months.  Although early signs include high fever, lethargy, loss of appetite, vomiting, and bloody diarrhea, many dogs go undiagnosed.  Families excitedly adopt a young puppy, only to lose them to parvo weeks, or even days later.

“Parvo in a young puppy is like 50-80% fatal,” explains Fred Sanderson, City of Irving Animal Services Manager.  “So I don’t want to have any potential adopters bonding with an animal, taking it home and having that experience.”

Sadly, the disease is easily contracted by puppies, and no dog is immune; even those adopted by the richest woman in the world.  Oprah Winfrey adopted her two Cocker Spaniel puppies from the PAWS animal shelter in Chicago.  The television star  lost one of those puppies, Ivan to parvo, while the second, Sadie, struggled to fight the disease.

“To protect against the disease, puppies need to be vaccinated every three weeks starting at eight weeks,” says Dr. Cynthia Ramsey, a community practice veterinarian.  “This should continue until puppy is 22 weeks old.”