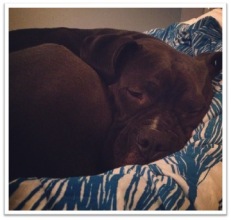 Pet parents often give voice to their dogs—take this Instagram account for a pit bull named Maya. Her parent posts photos of Maya every day, captioning them as if Maya were talking. Today’s entry: “I no know how but dis Monday again. Three days in a row! Not even cookies gonna get me up today. #ohmaya #stayinbedallday #PibbleNapClub.”

Obviously Maya can’t talk, but all the pictures involve Maya’s “thoughts” per her owner. Even if people think it would be cute and funny to have their four-legged cuddle buddies talk, do dogs really have that ability hidden somewhere inside them? And will we one day be able to sit down and have a chat with our dogs at the end of the day?

Researchers from a design lab in Sweden believe they are one step closer to understanding what an animal is actually thinking by measuring changes in the brain with their new headset device. The lab, formally known as the Nordic Society for Invention and Discovery, has created No More Woof, equipped with special sensors made to record brain wave activity.

According to Smithsonian.com, the creators launched a funding campaign in December in the hopes of furthering their research with the support of the community. Those who donated $65 received a low-scale version of the prototype, which claims to be able to sense two or three different thought patterns—hunger, tiredness, and curiosity.

Despite the idealistic nature of this “doggie thought” headset, a handful of neuroimaging experts have posed challenges to the group’s idea of how science works. Bruce Luber, a Duke University professor with focuses in brain stimulation and neurophysiology, told Popular Science, “What I saw in their video can’t work.” 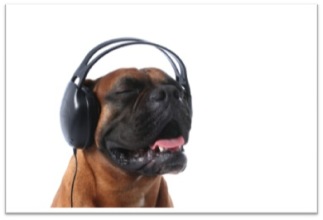 He continued that electroencephalogram sensors, or EEGs, are intended “to measure neural activity near the surface of the brain,” not much farther into the depths of the complex organ, according to Smithsonian.com. Pointing out specific emotions or thoughts is still too far outside the range of today’s most developed technology.

Per Cromwell, the product’s creator, told Smithsonian.com that the idea is still in the experimental and exploration stage and is far from being ready for use.

Though the idea of possibly conversing with our dogs in the future sparks curiosity, do we actually want our dogs to communicate with words? Do we want them to be able to tell others all the secrets we confide in them or how often we pick our nose when no one (except them) is looking?

“I can tell so much about my dog’s mood or wants based on her body language alone,” Merranda McLaughlin, a lifetime pet owner, said. “She wants a treat? The puppy face and wagging tail come out. She’s mad at me? She curls up on the other side of the couch and ignores anything I say to her. Why would I want to confine her communication to the English language when she can already tell me much more without it?”

Dogs understand a good deal of what we say to them and a lot of what we don’t even have to say. “Whenever I feel a migraine coming on, my pit bull mix Cassie is sure to be at my side,” Paige Erdmann, another lifetime dog owner, said. “I never say anything, and sometimes I don’t even feel the headache yet, but she can sense it.”

According to Dr. Stanley Coren, an expert in canine intelligence, “the average dog can understand about 165 words, possibly more with training.” They’re more intelligent than the average toddler (and a lot more fun to have around), but do they have to prove this intelligence? 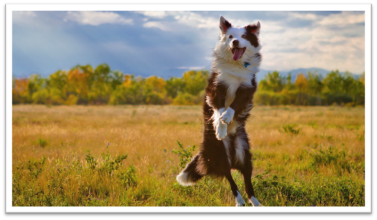 Dogs see us as a member of their pack, and treat us as such. Luckily, they forgo the butt sniffing and instead move to deciphering our behavior. Words are just cues to them that a certain behavior is desired or will be coming.

Why try to translate dog thoughts into words, when they see our human words as simply behavior cues? Cromwell explained to Smithsonian.com, “We know it’s our translation [to English] and not an exact translation. But we are confident that more research will help us find and decipher more patterns.”

There are already patterns to decipher. The movement of a dog’s tail, the systematic destruction of only our left shoes, even the look in the eyes can tell us a great deal more than even words can necessarily convey. When it comes down to it, some of the greatest comfort dogs can give us is their ability to sense our feelings and give us what we need—without either of us saying a word.

For more information from Smithsonian.com about No More Woof, click here.