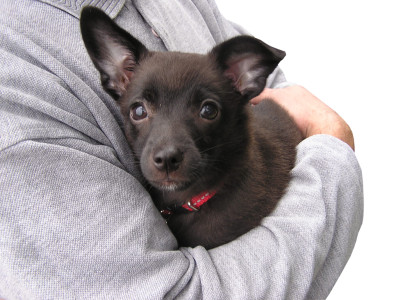 What may seem like a harmless hug to you is a trap for your pet!

The sensation of feeling absolutely smothered or trapped affection is an unpleasant one, without a doubt. Feeling trapped in an awkward embrace with a distant cousin or lengthy handshake with a coworker and limited view of fire exits and/or departure strategies is stress inducing for humans, but certainly not life-threatening. For dogs, the simple act of hugging can often be seen as a trap from which there is no escape!

A recent study performed at the University of British Columbia indicates that dogs detest being hugged by their human companions. As a part of this study, 250 photographs of pups being “lovingly” embraced by their parents were studied. A colossal 80 percent of the animals photographed showed visible signs of anxiety at being trapped in a bear hug.

Dogs see a hug as a cage. According to Dr. Stanley Coren, the scientist in charge of the hug study, dogs may be prone to responding violently to this type of physical affection “if the dog’s anxiety becomes significantly intense.”

As heartbreaking as this might be, remember: Your dog doesn’t hate you, she just hates hugging you. There are many other ways (like patting and belly-rubs) to show your pup tenderness that won’t invoke their fight-or-flight response.