The Bordeaux region of Southwestern France is well-known to travelers as a hot-spot for wine, architecture, and relaxing beach-front vacations, but what fewer people know is that this seaside paradise is also home to one of the world’s oldest dog breeds.

A port city on the Garonne River just north of Aquitaine, Bordeaux has some of the mildest winters in France and is home to over 100,000 acres of vineyards, making it an obvious destination for the work-weary. Bordeaux’s famed medieval castles, now major tourist attractions, served as lavish outposts for the French nobility. With acres of economically-viable land and large castles, it’s easy to see why the region developed its own guard dog breed. 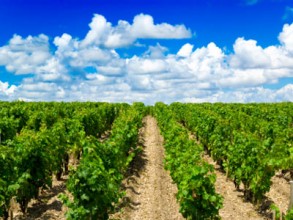 The Dogue de Bordeaux goes by several names — French Mastiff, Bordeaux Mastiff, and the adorable portmanteau “Bordeauxdog” — but their unique, massive stature is impossible to mistake. Weighing in at an average of 150 pounds and standing just over two feet tall, this brawny-but-sweet tawny-colored breed is perfectly suited to the task of guarding the flocks and castles of France’s ancient elite. 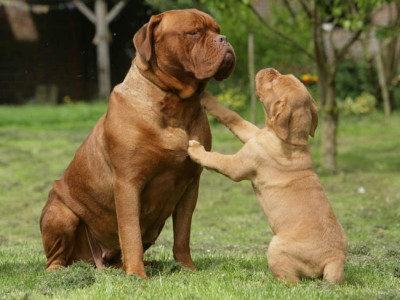 While there aren’t too many working castles left for the average Bordeauxdog to protect, in recent years, they’ve captured the world’s attention. The title role of Hooch from the recent film Turner & Hooch was played by a Bordeauxdog named Beasley, and other star Dogues have appeared in General Hospital and Sex and the City. Edward Norton’s character in The Italian Job even takes a cue from the French nobility, keeping a Dogue de Bordeaux as a guard. 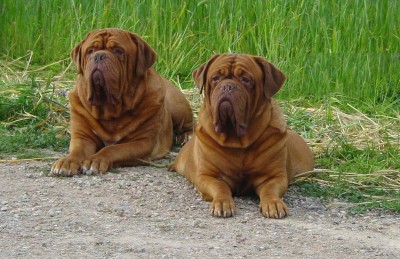 Whether your own canine is massive or tiny, a trip to Bordeaux makes a great vacation for a family with pets. Hit the South of France in early September, when most of the summer tourists have already returned to their stateside offices, and catch some seaside sun with your pup. This quieter time of year offers the added benefit that most of the town’s beaches only enforce leash-laws during peak tourist seasons. 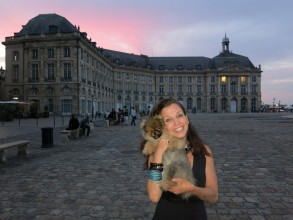 Once your there, you can stay in one of the region’s many pet-friendly hotels, including the famous Le Grand Hotel de Bordeaux, a classic palatial home-away-from-home, or the ultra-modern Seekoo Hotel. Both are accommodate travelers with animals, making it easier for your to enjoy some of the region’s lauded wines, like the ambrosial Chataeu d’Yquem, a unique dessert wine made from a blend of white grapes — just be sure not to let your pets partake!