Sixty six captive chimpanzees on a small island in Liberia, Africa were abandoned by the New York Blood Center OVER A DECADE AGO and are STILL in desperate need of help in order to survive. 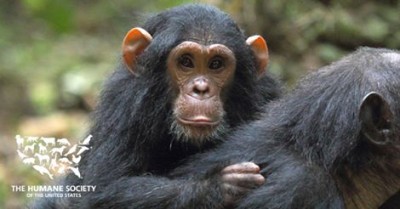 This group of chimps were captured, breed, and used for research in Vilab II- a facility created by NYBC in partnership with the Liberian Institute for Biomedical Research in the 1970s. After more than 30 years of confinement and injecting these chimps with hepatitis to study its affect on donated blood, the lab shut down in 2005. Shockingly, NYBC, an organization with almost a half  billion dollars in assets and major corporate partners, withdrew its funding to the chimps when the lab shut down. NYBC abandoned these animals in desperate need of help despite having promised to provide a lifetime endowment to support the chimps. This seems bizarre to many because the executive director of NYBC makes $1.2 million dollars annually, while none of this money is going to the chimps who desperately need it. 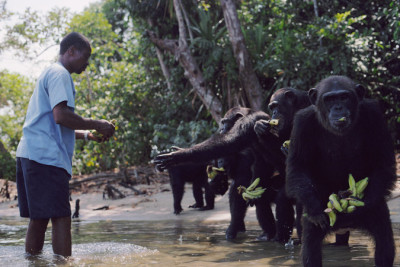 The chimpanzees raised at the NY Blood Center’s research facility are completely dependent on the human caregivers that provide them with food and fresh water. As of now, the people caring for the chimps are kind volunteers, but this is not practical for them or the chimps in the long run. The NYBC has absolutely no excuse for not helping these creatures who are in desperate need of food, water, and security. Especially after so many years! This must stop. 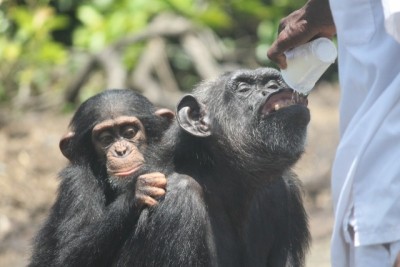 After many protests taking place in NYC at the Blood Center’s headquarters over the last decade, the chimpanzee’s cries have not fallen on deaf ears. As of today, the petition created to push NY Blood Center to fund the chimps again on change.org, has been signed by over 215K people! Please support these chimps who are in need of your advocacy and care, by signing the petition here!