Most Eligible Issue – People Magazine reviews How To Train Your Boss To Rollover.. “New Book For Dog Lovers To Curl Up With” & ” Wendy Diamond whimsically reinterprets canine-training strategies for the workplace.”

Animal Fair Media’s Bestselling Author, Pet Lifestyle Expert, and Animal Advocate, Wendy Diamond’s new book, How To Train Your Boss To Roll Over will revolutionize the workplace and have America’s workforce rolling over with laughter!

How To Train Your Boss To Roll Over is an entertaining and instructional manual written with Diamond’s trademark of levity and wit that reinterprets successful dog-training strategies for the workplace. There are no tricks without treats – this read provides a positive incentive to creating a healthy work environment and becoming successful. This bright and whimsical book will not only grab the attention of the pet lovers across the cubicle, but also men and women looking for an amusing yet informative way to get ahead in the business world.

How To Train Your Boss To Roll Over will help the business underdog, promote more puppy love in the office, and provide humorous training tips! We all can woof to that!

FIND OUT WHICH DOG BREED GROUP OPRAH WINFREY, FERGIE & JOSH DUHAMEL, AND LADY GAGA RUN WITH WHEN HUNTING FOR SUCCESS!

HOW DO YOU GET YOUR BOSS TO ROLL OVER BY KNOWING THE FOUR-LEGGED COMPANY THEY KEEP?

People usually pick a canine breed by identifying with certain attributes that the dog possesses; they instantly connect! By knowing more about the breed your boss chose, you can easily read how to train them and get what you’ve been digging for; the Alpha Dog promotion, new job, corner den (office), or more treats in your paycheck.

There are 175 breeds of dogs, and every dog belongs to a group. By identifying the pack that your boss runs with you’ll certainly have the lead when training them to roll over.

THE FOLLOWING 5 EXAMPLES OF BREED GROUPS FEATURE SUCCESSFUL CEO’S, CFO’S, CELEBRITIES AND ENTREPRENEURS THAT CLIMBED TO

Dogs in the spirited sporting group live for the proverbial hunt. Lovable and high-octane breeds that belong to this group are pointers, retrievers, setters and spaniels. If your boss has a pooch associated with this pack, take your daily vitamins to keep up! The key to training this corporate power player is by proving you can take over the reins, delegate, and lighten your sporty CEO’s expansive workload. Buddy up and suggest a joint run at the doggie park before and after work. 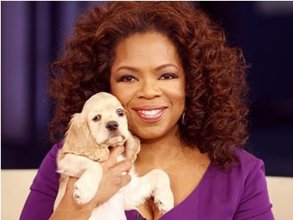 A Top Dog knows that sniffing out a hot lead and following its trail is the key to success. The hound group is born with a keen sense for scents; they have a real nose for business, can smell a deal a mile away, and like to yap about their success. Pharaoh hounds, beagles, Norwegian elkhounds, dachshund, and Afghans are a part of this unique group. You’re going to have to learn to say “No” to this boss, they expect late nights at the office,strategizing and often! Learn to be a doggie diplomat and state your case, while proving that you can still produce results without howling at the moon every single night.

Proud new parents to a baby pup they named Axl Jack (destined to be a rocker) Fergie & Josh Duhamel are also loving pet parents to a dachshund named Zoe! Founder of Virgin Media, explorer, and inventor Richard Branson and his bloodhound named Sushi have proven to be a highly successful team. 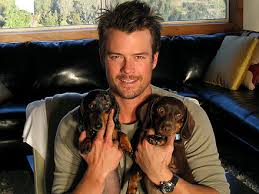 Don’t mess with the terrier tribe – they have a killer instinct! They will hunt down and rid of any competition that gets in the way of their success. Canines that belong to this group include the bull terrier, carin terrier, Jack Russell terrier, and West Highland white terrier. It’s going to be an act of endurance and determination to prove yourself to the tough terrier, but once you do – you’re in! The feisty and energized terrier demand excellent results, and won’t settle for less. 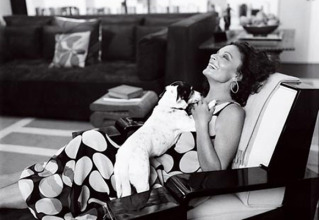 Where’s the social media and networking party? The happy herders are the Alpha dogs that enjoy being a part of something bigger than themselves; bringing people together, including the office underlings. They have a natural business instinct for controlling others, encouraging teams and winning the prize. This dog group is friendly, intelligent and open to suggestions. You can please and train this boss by being up on the latest business trends, networking platforms and media related events! Dogs running in this group include Border collie, German Shepherd, puli and Welsh corgi.

Facebook founder and social media mogul Mark Zuckerberg’s puli named Beast has his own Facebook page – and has been liked! 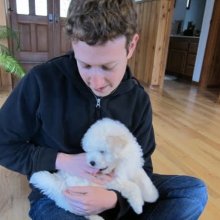 This is a special group of dogs; big hearted, giving and sincerely care about the underdog. The fact that your Alpha dog took the time out of their busy schedule to go to the local shelter to adopt or foster a dog says much about their character. The Adopter would love to see you succeed and become a member of the corporate family. If you want to impress the Adopter boss – get involved! Tie-in business with a community outreach organization, but also encourage your Alpha Adopter to stay focused on company business that warrants equal attention. Win-win!

Lady Gaga adopted a little furry “monster”, a Cockapoo designer dog (of course being the fashion hound she is); part Cocker Spaniel and toy Poodle that she named Fozzi. Guess Fozzi was just Born This Way… 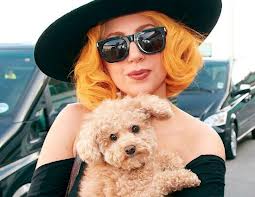 Proceeds from How To Train Your Boss To Roll Over supported K9s For Warriors ! 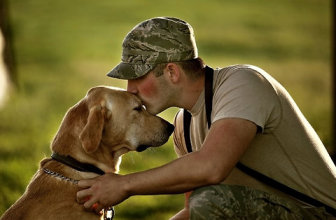 The following link is an easy and quick way to donate or raise money for K9s For Warriors: http://www.crowdrise.com/barkbenefittour

You can order the book now!  Get ready to find puppy love at the office water cooler with the release of How To Train Your Boss To Roll Over! If you are interested in a signed copy of the book please email yappy@animalfair.com ! Thanks!