If you’ve ever sneaked a peek at your pup fast asleep, the odds are pretty good that you’ve seen its mind hard at work, dreaming up a storm. It is widely believed that dogs, like humans, dream often! Many dog owners have noticed their dog’s legs and face twitching or even making significant movements while their dog is fast asleep. 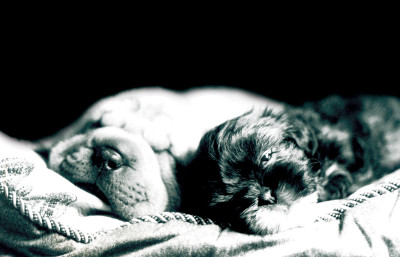 Does your dog dream about you?

There are numerous similarities between the brains of man’s best friend and our own, so it may come as no surprise that the brain wave patterns of dogs bear a strong resemblance to those that we exhibit during sleep. Dogs’ brains go through the same stages of electrical activity as ours do during sleep; all the more reason to believe that you might feature pretty prominently in your dog’s dreams. 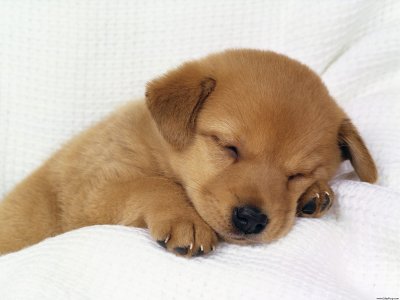 Evidence of dreaming in the animal kingdom:

Of course, it isn’t just you and your dog who share the ability to dream. Rats, for example, though less intelligent than humans and dogs, seem to also possess this brain capacity. Operating under the commonly held assumption that dreams take a lot of source material from the daily goings-on of the dreamer, Matthew Wilson and Kenway Louie of the Massachusetts Institute of Technology conducted a study on laboratory rats and found that, after spending their day completing a complicated maze, rats’ brain activity during sleep very closely mimicked their brain activity while awake and completing the maze. 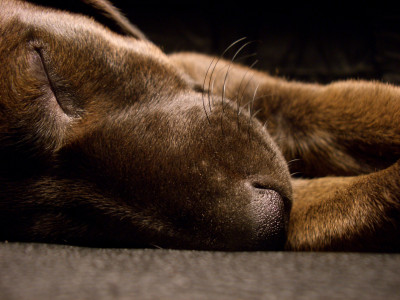 According to Stanley Coren, psychology professor at Bergin University of Canine Studies and dog psychology specialist, “…a dog’s brain is more complex and shows the same electrical sequences, [and] it is reasonable to assume that dogs are dreaming, as well.” And, like rats and people, evidence suggests that dogs dream about regular dog activities, and these dreams might even vary based on breed. As reported by researchers in a recent study, a sleeping Doberman may dream about fending off a dream-burglar just like you might dream about a day at the office. 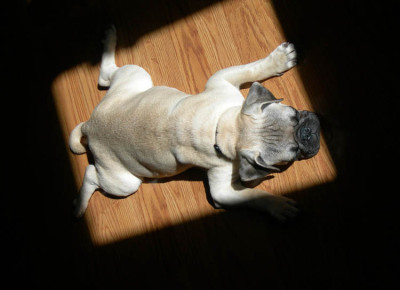 It’s pretty easy to tell if your pup is dreaming. All you have to do is wait about 20 minutes until they have dozed off and their breathing has become regular. Soon, you should start to see little twitches, and maybe even some meager whimpers or barks! If you observe closely, you might even be able to see your dog’s eyes darting around under its eyelids, as if looking at its surroundings while awake! 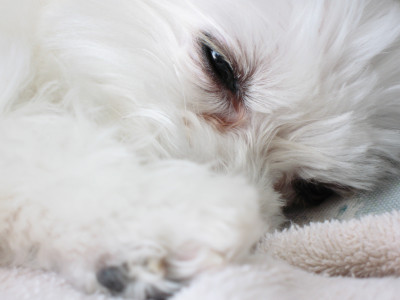 Thanks to the discovery of evidence pointing toward this fascinating theory, we have a lot more in common with our fuzzy little companions as we may think. Tonight, if you find yourself dreaming about your dog, chances are fairly excellent that they’re dreaming about you, too. Sweet dreams!