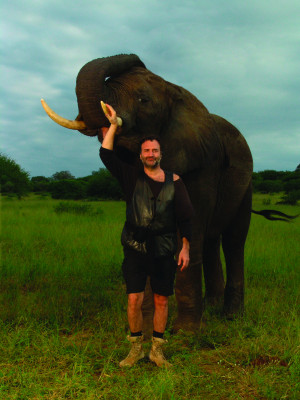 World renowned Italian photographer Fabrizio Ferri applied his vision as a photographer and entrepreneur at a young age when he started his career as a young political affairs photographer in Milan. He ambitiously progressed to shooting fashion for some of most prestigious magazines globally including Vogue in the 1970’s and this inspired him to uniquely create a photography style coined “fashion portrait”. In 1983, he remarkably established, Industria Superstudio in Milan, 3,000 square meters of photography studios and went on to open The Industria Superstudio Overseas in New York City in 1991, 5,000 square meters of studios. Both of these impressive complexes combined are the largest of its kind. Ferri’s infinite spirit has created an apparel line, several books, and he even opened a restaurant close to his Milan studios named Braque bar/restaurant. Personally, Ferri is just as successful privately as he is in his professional life. 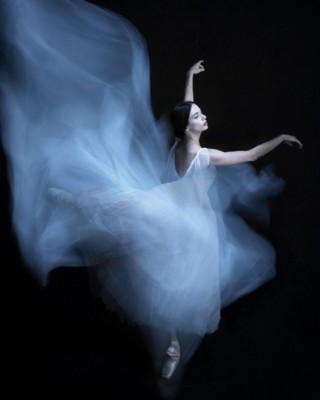 He’s married to sensational prima ballerina Alessandra Ferri, who has held a contract with Teatro alla Scalla in Milan since 1984. One of Ferri’s closest friends is music legend Sting. Fabrizi and his wife combined their talents with Sting, to create a short film called Prelude, which was successfully presented at the Venice Film Festival in 1998. Lastly, he has three wonderful children (his two girls and a son Gideon – an Irish Wolfhound (who just happens to be the son of Sting’s dog)!

Animal Fair’s Wendy Diamond sat down with Fabrizio Ferri to get an up-close snapshot of his love of photography, animals and the special bond he shares with his Irish Wolfhound, Gideon.

WD: You have photographed some of the most famous people in the world, is it harder to photograph animals?

FF:  Well the good thing is that you can not tell an animal to smile, so that part is out of the picture. You can’t get them to do what you want. They don’t expect you to tell them what to do, so the portrait is more genuine.

WD: Are there any special techniques in shooting pets?

FF:    Most important is the light. You don’t have a standard light for each pet, it depends on the color, on what you want to enhance on the pet – could be the size, the color, the eyes. So you have to know which light to use according to what you want lit. Same as people, same thing. 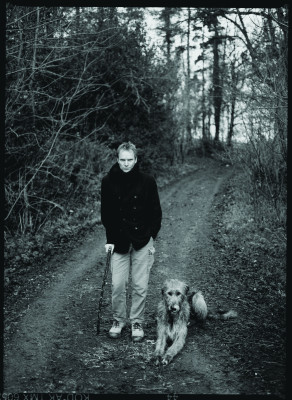 WD:  How fabulous is your Wolfhound Gideon, tell me about his Rock N’ Roll lineage.

FF:    Yes, because his owner is Sting, a friend of mine. A few years after Gideon senior died, Sting said to me, “Are you ready for your puppy?” I said, “What puppy?” Sting, “Gideon’s puppy.” I said, “Gideon’s been dead a long time!” Sting, “Yes, we kept his sperm so we have a puppy ready for you now.” So of course, I couldn’t resist it, so he said come pick it up. He was in his house in Tuscany. It was Easter Sunday and I went to Tuscany to pick him up and there he was, two-months-old. When I brought him back to the states, I remember, my older daughter Matilda had asked me for a puppy all the time, when I came with Gideon, she was amazed and said, “I know I asked you for a dog, but I asked for any dog, not such a beauty.” She was overwhelmed by the tenderness of this one.

WD:  The way you describe Gideon I get the sense that he reminds you of yourself.

FF:   Yeah, he does, he really does. He’s really big and tall but also affectionate and tender, loving, and amazing with the children. He has so much room to himself, but he wants to be exactly where you are. He doesn’t want to move from where you are, he just follows you and boom – right there on the floor!

WD: What is your favorite or funniest moment that you experienced with Gideon?

FF:   Well, the funniest thing was the first day I went like this to him (taps chest) to see if he would put his paws there and he’s taller than me and when he did it, I got scared ‘cause he looked down on me and I’m 6’3”.

WD:  You are truly genuine, down to earth, extraordinary career, have a beautiful family and a great dog.  What is your secret?

FF:    I don’t take a picture unless I feel it. I only shoot when I feel an emotion, so that people who see my photographs share in my emotion. Ability to feel an emotion. If someone can deliver that, they are famous or work more than other.

Now you have a glimpse in to what makes Fabio Ferri – photographer extraordinaire!